Full line-up announced for ‘Tale Of Us Present: Afterlife 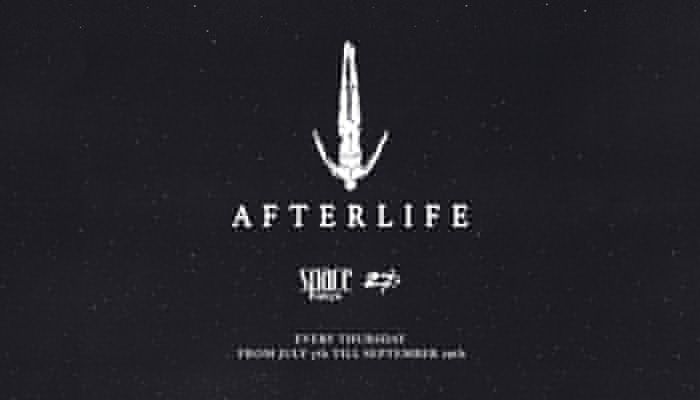 Full line-up announced for ‘Tale Of Us Present: Afterlife

Afterlife, an odyssey through the realm of consciousness. An event concept characterised by mesmerising soundscapes and lush rhythms designed for the senses. A rebellion from convention into a dimension where music guides the resurgence. From hypnotic bass lines to energetic crescendos, the nuance of an immersive experience is there for the exploring.

Tale Of Us can now reveal the full list of artists confirmed for their debut Afterlife residency at Space Ibiza which will run every Thursday from 7th July – 29th September. Crafting a line-up that brings together alluring soundscapes from both out of the booth and live from the stage, the Italian duo will be joined by a collective that’s weaved from every ethereal and ambient thread.

Artists of ascendance that will feature across the season include Âme, Dixon, Marcel Dettmann, Mind Against, Nina Kraviz, Rødhåd and Recondite – to name only a selection from its carefully sourced calendar – with techno contemporary Mano Le Tough set to feature following the release of “Trails” in 2015 and his enthralling melodies being perfectly suited to the Afterlife brand.

Stalwarts such as disco dynamo DJ Harvey and Life & Death Doge DJ Tennis are also confirmed, who will join an array of live performers each renowned for their abilities to conjure up a storm. Orchestrated by Kiasmos, Rival Consoles, Todd Terje, Bob Moses, David August and more, this live element will expand its experiential horizons and encapsulate an elemental tour de force.

With each event of the 13-week residency derived from the palette with which Tale Of Us summon their own spellbinding sound, Afterlife seeks to entrance and enrapture Space Ibiza in its closing year – a parting gift to its historical legacy.

Afterlife will run every Thursday from 7th July – 29th September