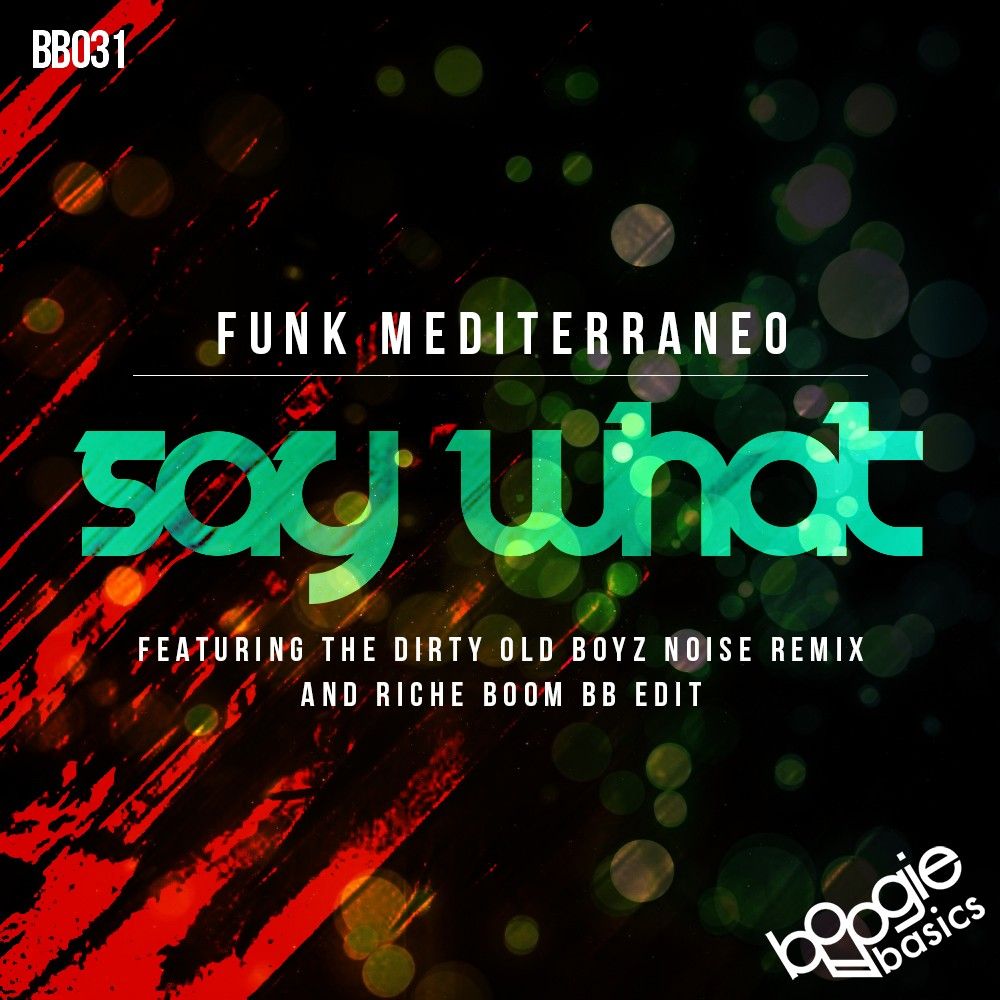 Boogie Basics is a respected house music label operating out of Los Angeles that aims to collaborate with both established scene veterans and promising young guns, often within a single release. Here they reach out to the southern coast of Italy to hook up with the duo known as Funk Mediterraneo. The two DJs that make up this act, Carlos and Rosario, have been DJ’ing together for fifteen years, with differing tastes and styles that end up perfectly complimenting each other. With previous releases on the likes of Flapjack, Juiced, Bounce House, and Boogie Basics the pair have become an established name in the deep and jackin’ house scenes. For their latest, “Say What?”, they embark on a journey with ’80s flair and sensible rhythms … a discoid ship repurposed and awash with filters.

Dirty Old Boyz is a recently founded project from Daniele Ciancimino and Enrico Mangiapane, two highly respected Sicilian veteran DJs and producers who have been around the block. With a version just as playful as the original, the duo remix “Say What?” into a floor stomping, jackin’ number with plenty of tech elements and energizing effects. Boogie Basics co-founder and Dallas maverick Riche Boom was seminal in his city’s music culture and he now plays a prominent role with the label. His bouncy beats and abstract synth patterns are in full effect on his remix, upping the funk and energy with guitar licks and arpeggiated notes.