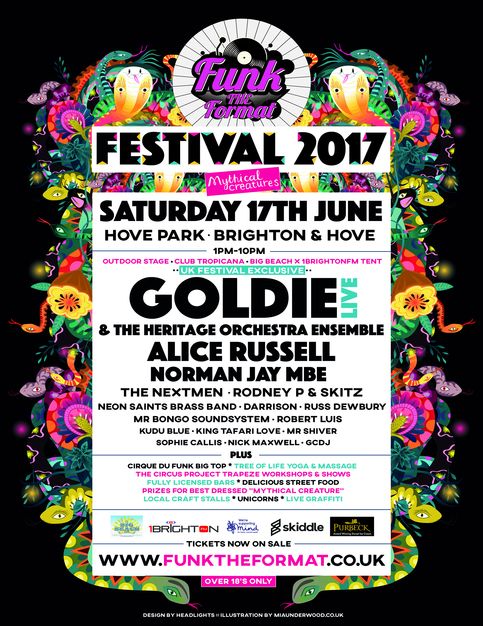 Following their hugely successful debut festival, Funk The Format is back with a bang for 2017 and a UK Festival exclusive headliner: Goldie and The Heritage Orchestra Ensemble, live!

All the music is carefully selected by the festival’s director, ex music journalist Lucy ‘Elle J’ Small- known in the late nineties and early noughties for writing about artists like Amy Winehouse, Dizzee Rascal and Ms Dynamite before they were signed. As a champion of new music, Elle J is super excited about little-known foursome Kudu Blue and quickly booked them to play the main stage with their “nostalgia tinged influences, from 90's trip-hop to 00's garage.”

For all the lastest news and tickets (over 18s only): www.funktheformat.co.uk