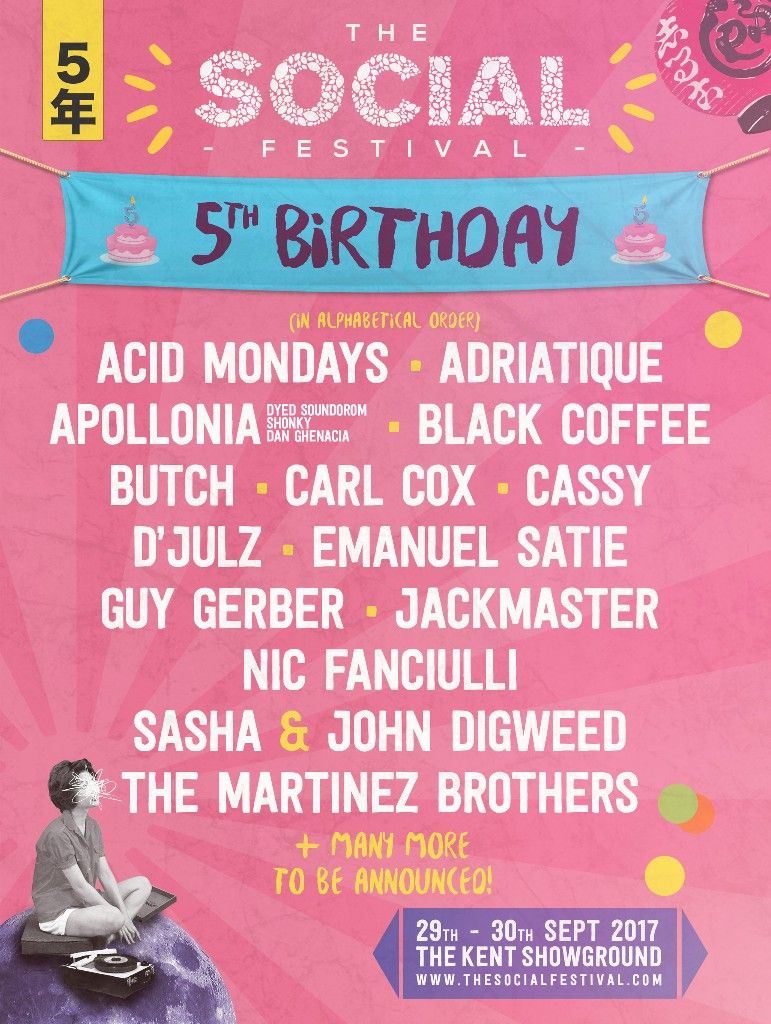 After the success of this year’s Winter Social and the brand new Colombia and Mexico ventures in March,The Social Festival and its founder Nic Fanciulli has now unveiled the first wave of names for its fifth anniversary edition. Set to round off the summer season, The Social will return to Maidstone this September on Friday 29th & Saturday 30th and promises to fire on all cylinders across the festival’s finessed sound system.

“We couldn’t have made it 5 years without each and every one of you… expect some big surprises, some even bigger production and a huge lineup.  I can’t wait to show you what we have in store – let’s celebrate the birthday together”

Close affiliate Carl Cox heads a fellowship of leading lights from the underground scene, and will return toThe Social for yet another social gathering of the best and boldest DJs. Joining Carl is a host of house and techno pioneers that have each have spent the best part of the last decade mastering their craft. The Martinez Brothers, Black Coffee, Jackmaster, Guy Gerber and Cassy are amongst those confirmed, while for the party purists come two UK playmakers, old friends and partners from the heyday to today:Sasha & John Digweed. Matchups continue with Apollonia, the almighty trio of Frenchmen Dyed Soundorom, Dan Ghenacia and Shonky. Butch, Emanuel Satie, Adriatique and D’Julz complete a textbook affair down to the letter, accumulating depths and decades of experience as The Social Festivalitself levels up to the big league.