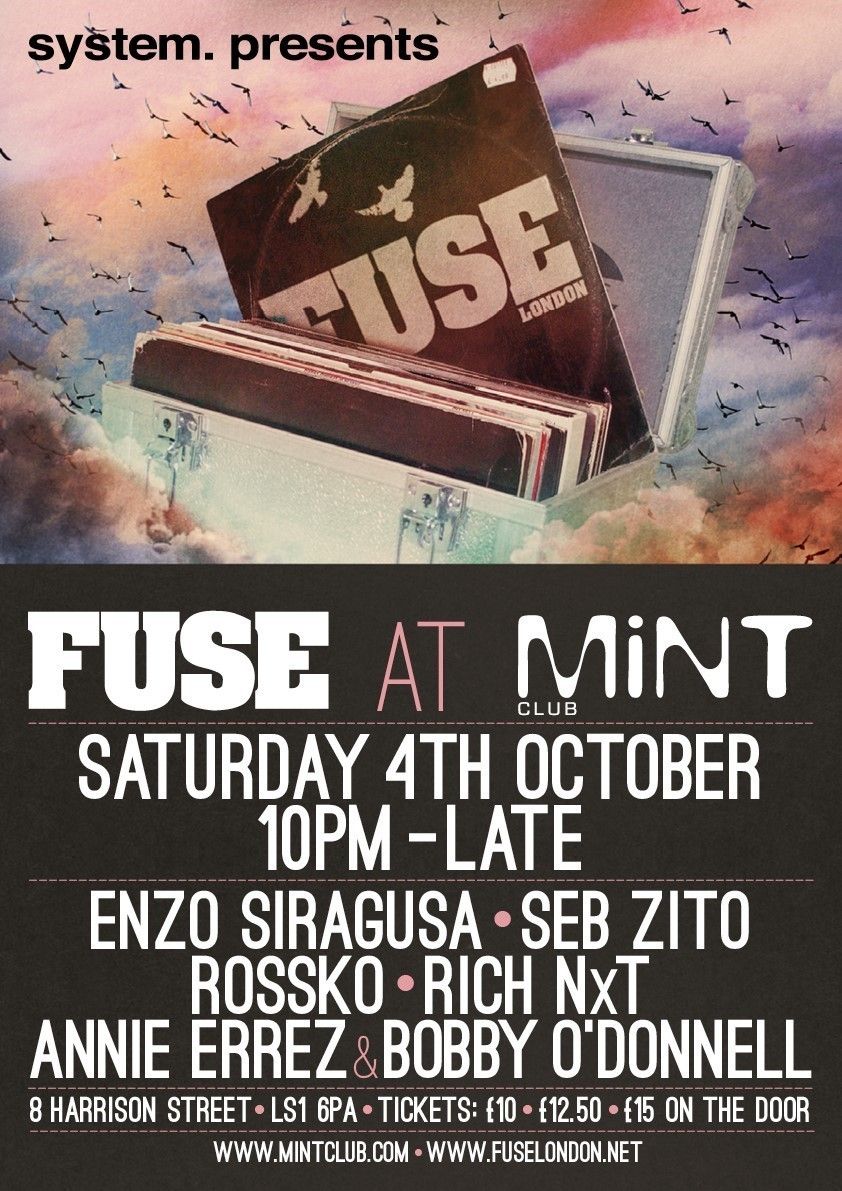 FUSE segues into Autumn with another UK showcase in yet another electronic music stronghold, debuting in Leeds. Teaming with System on 4th October, FUSE will touch down at Mint Club brining some of the magic from another fine season in Ibiza back to the north of the UK. Representing FUSE will be head honcho Enzo Siragusa alongside Seb Zito, Rossko and Rich NxT. They will be joined on the night by System stalwarts Annie Errez and Bobby O’Donnell.

Since its inception in 2008, FUSE has established itself as a London institution and  a  major  player  on  the  international  clubbing  circuit,  hosting  over  300 successful events across Europe and around the world whilst also launching two critically acclaimed record labels.

The  philosophy  of  FUSE  is  simple:  to  stand  out  from  the  crowd  by  hosting exceptionally high-quality raves, built around superior-technical standards of sound  design,  and  a  close-knit  core  of  residents.  FUSE  ensures  line-ups  are always well programmed and resonate with the distinctive FUSE sound.

Having recently celebrated it’s sixth birthday System has been a key feature in Leeds’ continued success as a place for nurturing and developing electronic music talent. Past Guests include Sven Vath, Richie Hawtin, Ricardo Villalobos, Marco Carola, Loco Dice, Luciano, Dixon, Jeff Mills, Martin Buttrich, Steve Bug, Raresh, Guti and tINI to name a few, and now Enzo and FUSE are set to bring their distinctive brand of clubbing to the city.