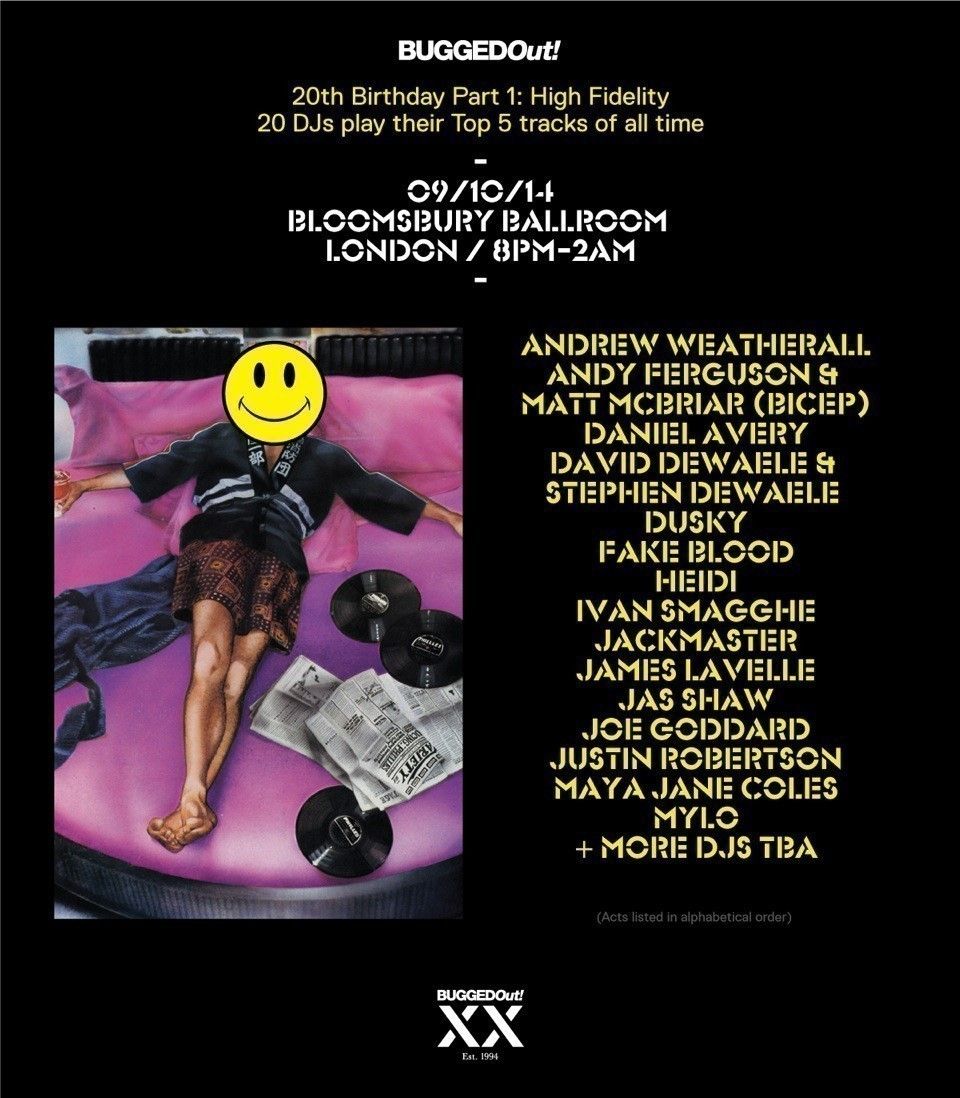 One of the UK¹s most enduring, influential club nights, Bugged Out, opened their doors in November 1994. They celebrate their 20th anniversary celebrations with a run of four events.

First up is a very special, unique night that Bugged Out first ran in their original hometown of Manchester in 1996. The idea was simple ¬ ask 20 DJs to play their favourite 5 tracks of all time. What ensued in 20 minute bursts was revealing, intriguing and above all fun as DJs exposed their love of house (of course) but also doo wop, ¹91 rave, garage rock and ¬ from one DJ ¬ a U2 album track (greeted with much booing).

Bugged Out are resurrecting the night for a one-off at Holborn¹s 1920s art deco Bloomsbury Ballroom on Thursday October 9th with a line up of DJs who have played a big part in the club¹s history.

Appearing on the night:

In addition to High Fidelity, Bugged Out will be running three events throughout November in Manchester and London. In January 2015, the flagship Bugged Out Weekender returns for a fourth year to its original home of Butlins in Bognor Regis. Having become something of a staple in the dance music fan¹s calendar, the previous sold-out years have provided some exceptional moments with both dance music¹s freshest and most established talent. This year¹s line up includes The Chemical Brothers DJ Set, Four Tet DJ set, Âme, Todd Terje Live, Skream, Jackmaster, Mike Skinner and many more.

Advance tickets for High Fidelity are £20 and on sale from
Thursday September 4th from buggedout.net