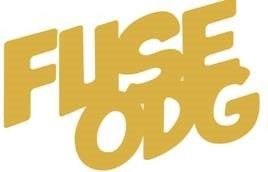 The 5 date tour will see Fuse making stops at key venues around the country, kicking off in Birmingham (at the Birmingham Institute) on 26th March2015,  and closing in London (at KOKO).

Fuse ODG is due to release his highly anticipated debut album T.I.N.A via 3Beat on November 3rd 2014. With four chart hits in as many singles to his name, the past 12 months has seen Fuse ODG not only cement his standing as a trailblazer for Afrobeats, but also fast become a mainstream star. The Ghanaian South Londoner has sold over a million records, collaborated with Sean Paul and Wyclef, become a near permanent fixture on the radio 1 playlist and achieved four UK top 10 singles with ‘T.I.N.A’, ‘Antenna’, ‘Million Pound Girl’ and ‘Dangerous Love’. Not to mention, winning an award at this year’s MOBO awards and an MTV EMA nomination.