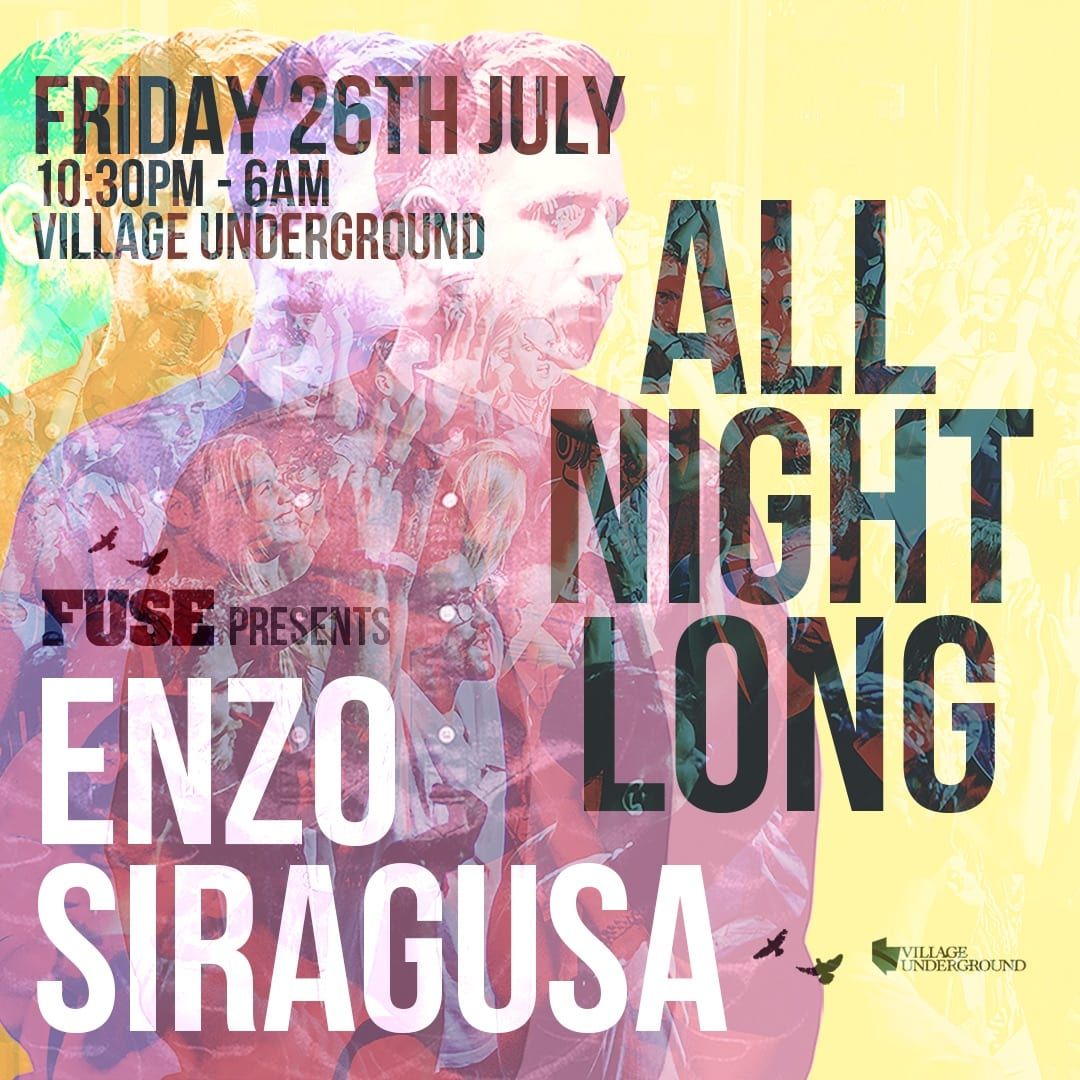 On Friday 26th July, FUSE returns to Village Underground for one of the infamous All Night Long specials from label founder Enzo Siragusa. Back in 2017, Enzo embarked on his first open to close showcase in the history of FUSE. Since then, he has played ‘All Night Long’ to packed out crowds on three more occasions, the last one on October 06th, and took his beloved Village Underground on some extraordinary journeys through his 25-year record collection. These events were sold out affairs, which left hundreds turned away at the doors due to the club being full to capacity from start to finish.Cue to 2019, Enzo Siragusa has celebrated the 10th Anniversary of FUSE with a 24h sold-out rave across two venues. Last month, he released his critically-acclaimed debut album A Decade Of Rave which earned him the support from some of the biggest names in the scene both on the dancefloor and on the airwaves via BBC Radio1. Enzo will be on tour all summer supporting his LP at some of the best festivals and clubs in the circuit, including Awakening Festival in Amsterdam, Parklife in Manchester, Kappa Futur Festival in Turin, Off Week Festival in Barcelona, Gotwood Festival but also with Black Coffee at Hï and Paradise at DC10 in Ibiza.Following on the previous sold out all night long sets, our founder will delve deep into his record collection; putting together another masterclass in DJing that will run from 10.30 PM to 6 AM. Siragusa will use his experience behind the decks taking the crowd on a 7 and a half-hour journey, working and commanding the dance floor that has been his home for the last 5 years.This will be his first appearance in Village Underground since January and the only opportunity to see him on home turf this Summer, so don’t dwell on it.

▶ Enzo Siragusa – All Night Long is an over 20s only event.