FUTURE MUSIC FESTIVAL TO WELCOME PHARRELL FOR BIGGEST YEAR YET 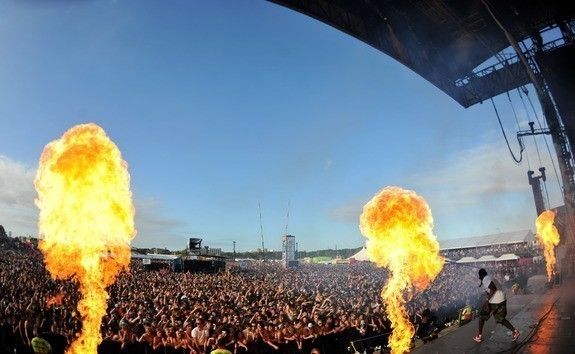 FUTURE MUSIC FESTIVAL TO WELCOME PHARRELL FOR BIGGEST YEAR YET

Future Music Festival – Australia’s leading live music experience – is gearing up for its 9th annual edition this weekend, as it prepares to take in the beautiful cities of Brisbane and Perth on Saturday 2nd and Sunday 3rd of March, before heading to Sydney, Melbourne and Adelaide on the 8th, 9th and 10th of March respectively.

From the world-beating calibre and sheer diversity of talent on offer, to the inimitable stage designs, next-level production, and stunning Australian backdrops, Future Music Festival is preparing to welcome more than 250,000 festivalgoers over the course of the next two weekends in what is the last big blow-out of the Aussie summer.

“We are beyond excited to be presenting Australia’s leading music festival for what is now its 9th consecutive year. Every year we strive to develop Future into something bigger and better and we’re so inspired to be showcasing such a great breadth of unbeatable talent – from both the mainstream to the underground – to our loyal fans from around the world. It’s going to be a Future Music Festival of epic proportions and we are confident that the experience will be world class.”

Topping the line up across all 5 cities this year will be none other than man of the moment, multiple Grammy winner and Oscar nominee Pharrell Williams! Without doubt one of the most influential and groundbreaking artists in modern times, Pharrell will make the trek Down Under just in time to celebrate the release of his highly anticipated, brand new solo album, G I R L, which will drop globally on March 3 via Columbia Records.

“Australia is such a fun place for music – I’ve always had amazing experiences there. Looking forward to seeing all the fans come out for Future Music Festival – can’t wait to perform and show them my gratitude.” – Pharrell

Making his very first trip Down Under is one of the world’s most revered DJs and producers, Eric Prydz, whilst home-grown heroes Knife Party will be hosting their very own stage – the fearsome Haunted House. London-based four-piece Rudimental will bring the party as only they know, as will British cohorts Tinie Tempah, Chase & Status, Sub Focus, Naughty Boy and many more. As if that weren’t enough already, legendary names like Paul van Dyk, Kaskade and Sven Vath will be accompanied by prodigal talents such as Maya Jane Cole, Baauer, Martin Garrix, Arty, Porter Robinson and many more.

With fans travelling from all corners of the globe for Australia’s hottest festival, 2014 is set to be Future Music Festival’s biggest year yet!  For up-to-the-minute information on anything related to Future Music Festival, head to www.futuremusicfestival.com.au and stay tuned to the official Facebook & Twitter pages

Future Music Festival began its life back in 2006 as a one-day event in Sydney, and has since morphed into one of the most successful and best-loved touring festivals of the Australian summer market. From Avicii to the Chemical Brothers; the Prodigy to Armin Van Buuren; The Stone Roses to New Order… FMF has seen them all! In December 2011 the festival expanded to Asia, and this year an amazing 75,000 punters are expected to dance their cares away in Kuala Lumpur, Malaysia.

Tickets on sale now via www.futuremusicfestival.com.au

Future Music Festival 2014 – The lineup really is THAT big! on MUZU.TV.