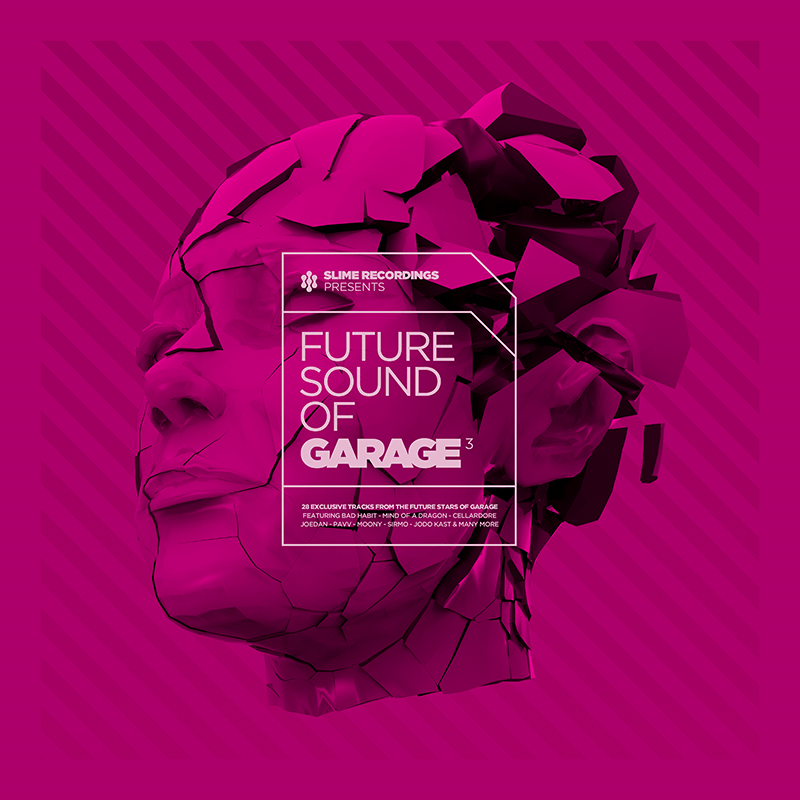 Slime is proud to present the third instalment in its Future Sound of Garage series.

The first two volumes have been hugely popular for the label, with both debuting at Number One in the Juno Download UKG Album Chart and remaining in the top ten since their release, with the retailer stating “with a reputation like that of Slime's, when they present their idea of garage future, it tends to be pretty definitive”. Both volumes received widespread support and critical acclaim across the garage DJ community, with substantial airplay on BBC Radio 1, 1Xtra, Rinse FM, Kiss FM, Capital Xtra and beyond. The second volume contained arguably the biggest underground UKG hit of the last year in Bad Habit’s ‘Fools Love’, which continues to be a staple of DJ sets and radio play around the world.

Fast forward to 2016 and Garage is very much in the ascendancy once more, but what of the future for the sound? For this year’s edition of the compilation, Slime has cast the net wider than ever before to capture some of the most exciting up and coming producers from the growing global scene, featured here alongside more established names of the underground. Across 28 exclusive tracks, we trace the huge explosion in the sound over the past year with a full spectrum of sounds and styles that take Garage into brave new worlds and push the boundaries of this ever evolving genre. As a document of a resurgent scene it is wholly comprehensive, containing a multitude of styles to provide an essential package of dancefloor anthems and deeper gems for the discerning DJ or connoisseur of UKG – and further reinforcing Slime as the home of forward-thinking bass music.