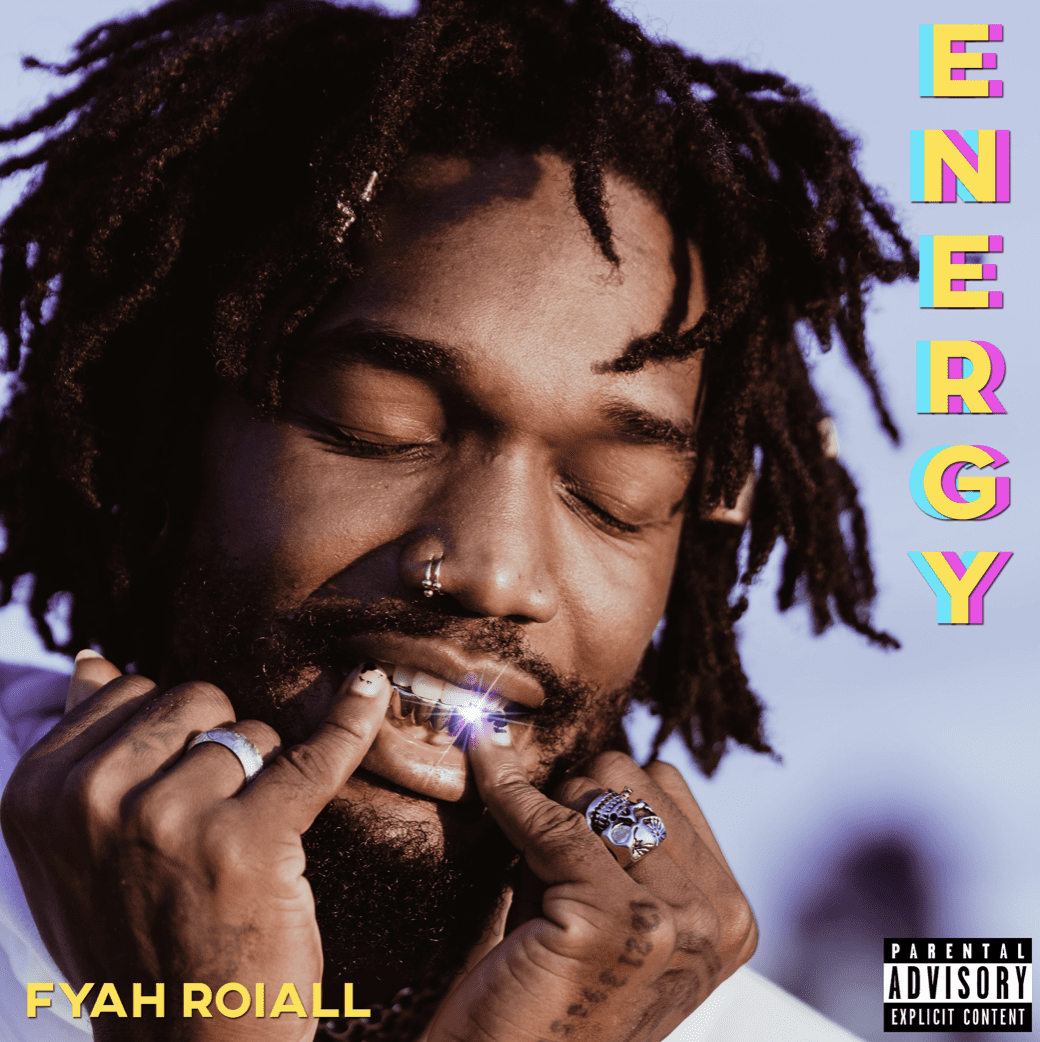 Fyah Roiall (pronounced “royal”) is one of Jamaica’s most exciting rappers at the forefront of the emerging “grimehall” sound (also sometimes referred to as “traphall”), a new forward-facing subgenre of Jamaican music that combines American trap, UK grime, and dancehall. Having announced his album pre-order with the single ‘Nobody’, he follows up in quick succession with the high octane “Energy” which is available now via Easy Star Records.

Premiering via UGHH, ‘Energy’ champions the ‘grimehall’ sound. Delivering rapid scattergun flows injected with raw, tangible ‘Energy’ across the jagged electronic synths and military thumping bass, the influence of grime stomps its mark on the record whilst his native patois and dancehall shaped lyricism twists the sound naturally in to its own unique form. Speaking on the release Fyah Roiall says “So one day I was thinking about some of my haters – specifically other artists who don’t really f”ck with me – and I was just genuinely wondering what is it about me? Like I had to ask myself, what don’t you like about me? Cause even if you hate me your still gonna move when I’m on stage soo…After medz-ing that for a bit, it became clear to me that it was my ‘Energy’.
My energy cannot be killed, replicated nor concealed. You can’t copy Fyah Roiall or destroy me either.”

Roiall, born Brandon Wedderburn, has always been out of step with the mainstream both musically and personally. While Jamaica plays a key role in the foundation of hip hop, it is lesser known how much of an impact hip hop, trap and UK grime has had in return on Jamaica. Giving his own unique spin to the much loved, homegrown genre of UK grime to create ‘grimehall’, Roiall has already started to attract the approval, support and praise of the scene, which has led him to release a remix EP with Uncommon Records (Glastonburys’ The Commons Bass Party turned label). He made his BBC Radio 1Xtra debut as part of the stations major programming in Jamaica for their “Big Yard” series and has also featured in Becca Dudleys “DEADLY Beats” with the support set to spike once again with his influx of new creative, genre-bending music.

Always a keen listener to the music that filtered back to the island, Roiall draws inspiration from the creative lyricism and complex wordplay found within it. He was always drawn to the more political voices in early hip hop and conscious black American pop culture, when rap was a powerful voice for disenfranchised black youth. Roiall is also very much a product of Jamaica’s rich musical heritage. Rapping in his native patois, using his flow to paint pictures of real life situations embedded in a complex understanding of his cultural and historical place in the world, Roiall’s lyrics bring the past, present and future to life. Normally incredibly private, Roiall’s songs provide a window into his thoughts, to a place where his observations can be said openly and shared with other “free minds” around the world. Being considered outside of what’s expected in his home country is no easy task.

“The place traditional AS FUCK,” says Roiall. “They stick to their tradition. You’re not supposed to be this way or look like that. FUCK THAT. I’m gonna do what I fucking want.”

Roiall’s dreadlocks, nose rings, and stretched earlobes may be a common look for baristas and punk bands from the States, but his body modifications stand out in Jamaica – and not necessarily in a positive way. This is why Roiall would have a hard time breaking through in the Dancehall market – he doesn’t follow the rules. His look, sound, and creative openness are completely unacceptable in today’s Jamaican music climate, at least until he proves his concept abroad.

These are just some of the diverse inspirations and life experiences that have poured into UNDERRATED. “Making music is my way of curating my museum,” Says Roiall. Involved in every level of his music, from producer and engineer to creative director and even videographer, Roiall throws himself in from vision to execution. Though he is heavily involved in every aspect of what he puts out, he also gets assistance from producers Covsnsel!, SOSDynamikz (Koffee), Space Age Rasta on these tracks.

The album’s title is meant to showcase genuine talent over contrived creativity Roiall explains, “’Underrated’ is usually an ugly word; no one wants to be considered that, but being overrated isn’t good at all, either. Being ‘underrated’ is the real deal. My aim is to pull the focus in the direction of the underrated, because I think that is where the real talent is; everything else is over saturated.”

Fyah Roiall is thrilled to release his full length album and hopes his listeners understand that “Myself and my music are all one in the same. I am my music, my music is me. If you truly know one, then you know the other, it’s that deep.”

Roiall is in a unique position to bring the legacy of Hip Hop and Bass Music back to the tiny island where it all began decades ago. He is more in touch with the current global market than his Dancehall-centric Jamaican contemporaries, and he is more authentic than the foreign producers and artists that capitalize from the trendiness of Jamaican-derived genres Jamaica may not be comfortable with his look or creative freedom yet, but, with this new project, UNDERRATED, it won’t be long before the entire world realizes how underrated Fyah Roiall is. It also might be the last time you associate that word negatively.

Check out ENERGY out now across all DSP’s. 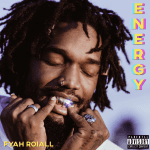