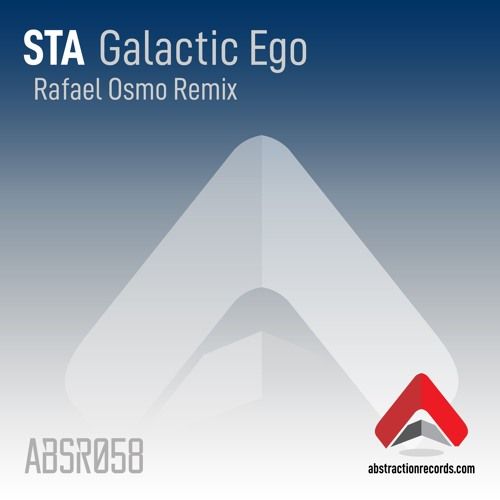 Founder of the Progline Music Group, Rafael Osmo has dabbled in every underground Dance music genre in his time. Featuring on huge labels such as Armada and Black Hole, he has turned to Abstraction Records to release his remix if STA’s ‘Galactic Ego’. His work before now has been supported by titans of the industry, such as Paul Oakenfold, Armin Van Buuren and Paul Van Dyk, to name just a few. This kind of recognition and support doesn’t come without good reason, and Rafael shows with this new release that he is continuing to improve.

The dark and broody bass fuelled anthem conjures up imagery of a dystopian Trance landscape, with emphatic synths and powerful bass and drums to ignite any dance. The power and energy within this track is typical of his productions, and crisp production is always found when Rafael Osmo is involved.

Not only a producer, Rafael is also a keen DJ, with multiple regular shows on the huge online station DI.FM. Looking forward to a busy summer schedule of DJing and premiering new tracks, make sure to keep an eye out for his name somewhere near you.

Production doesn’t come much cleaner than this – Rafael Osmo delivers once again. Available via Abstraction Records on the 9th July 2018, the track is available to pre-order on Beatport now.