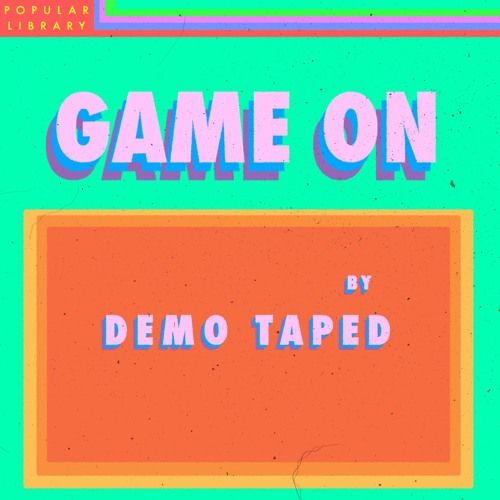 18 year old DemoTaped- aka 18 year old Adam Alexander- announces his brand new single Game On out April 15th 2016 and a support tour in the UK with NAO. The young artist delivers subtle, glitch-laden sound on this fresh new single, which encapsulates perfectly his signature sound that gained him early critical acclaim from blogs such as Pigeons and Planes, Acid Stag and Hilly Dilly. "It’s about anxiety…. I wanted to write a song that showed my internal conflicts throughout the years” says Alexander on Game On “It’s about love, fear, and nostalgia".

Hailing out of Atlanta, US, singer, songwriter and producer DemoTaped first gained attention with his debut 3-track EP Heart that he wrote, produced, mixed and mastered the space of one week. The EP- posted on Valentines’ Day 2015- was intended to be an ode to an ex girlfriend and their lost love. Being a cathartic release for Alexander at the time, it was to some surprise that he gained such sudden critical hype in the music industry after posting it up. The EP has gained over 272k plays to date. Since then, he's gained the attention of Noisey, Beats 1, Hype Machine, and more with his new material. DemoTaped made his live debut at the Pigeons & Planes ‘No Ceiling’ showcase, and went on to play Polarized with Goldlink and tour with Vallis Alps.

DemoTaped’s next EP release to be announced.