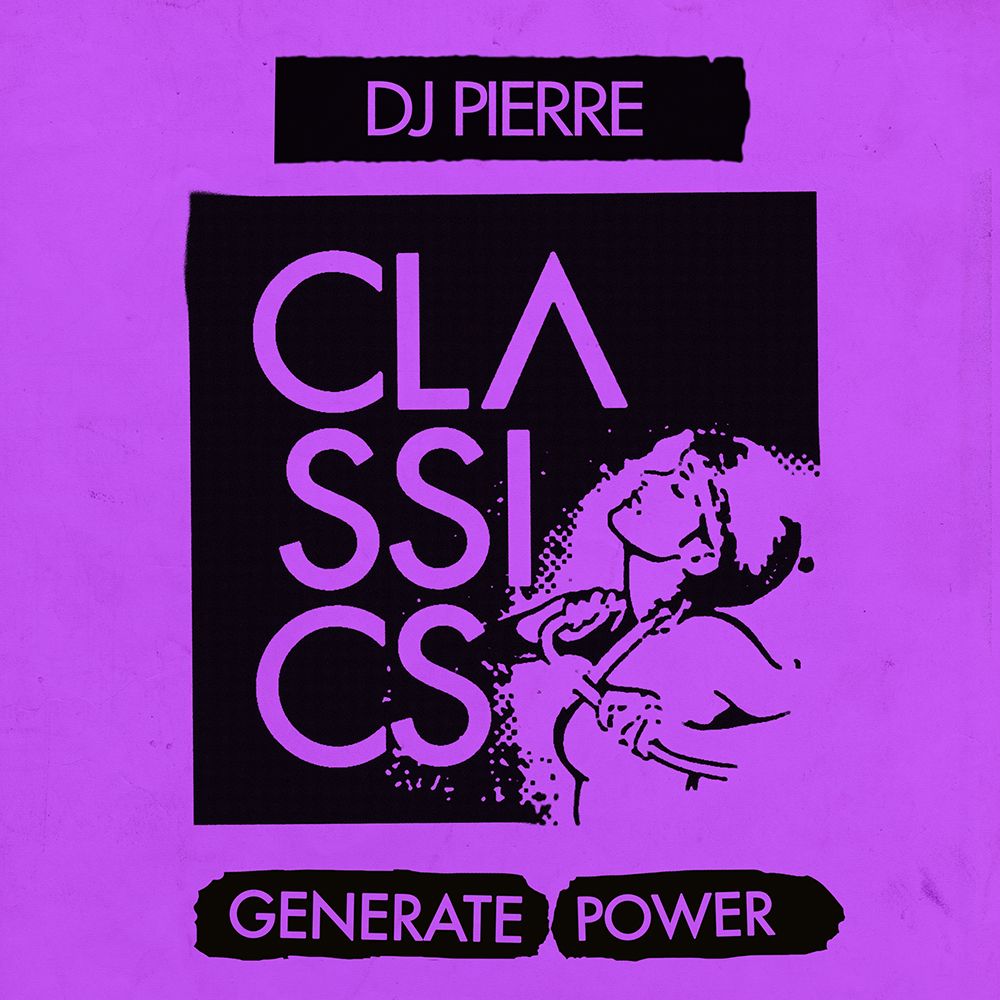 Before he releases a hugely anticipated debut album later in the year, legendary Chicago and acid house pioneer DJ Pierre is serving up a revised version of one of his most classic cuts, ‘Generate Power’, along with a remix from Blondi:sh.

The nineties was a special time for techno music as it went from birth to a worldwide mainstay in a short space of time. One of the culprits for the rise was genuine Chicago pioneer DJ Pierre and his track ‘Generate Power’. Originally released in 1991 on the legendary Strictly Rhythm, DJ Pierre has revisited the classic sensation and given it a facelift for 2017. Of course, amongst his many other accolades are forming the Wild Pitch style of house, being part of Phuture and basically inventing acid while tweaking his Roland TR-303 and much more besides. Despite all that he never put out an album, but all that will change later in the year.

Before that, the 2017 version of ‘Generate Power' boasts a thick rolling bassline to catch your attention, and high energy percussion to keep you moving. The classic house vibe is thick, and only grows as soon as you recognise the distinctive hook used throughout. As such, drop this new version and watch the ‘floor go wild once again.

For the remix, Canadian pair and Get Physical artists Blond:ish take a slower approach, first laying down percussions before slowly introducing the elements to great effect, giving this old classic a new shine. It results in a compelling cut that is another fine piece of work in their already impressive discography.

This is a great reminder of where Pierre has come from and just how vital he is today, all ahead of what is sure to be an essential full length album.