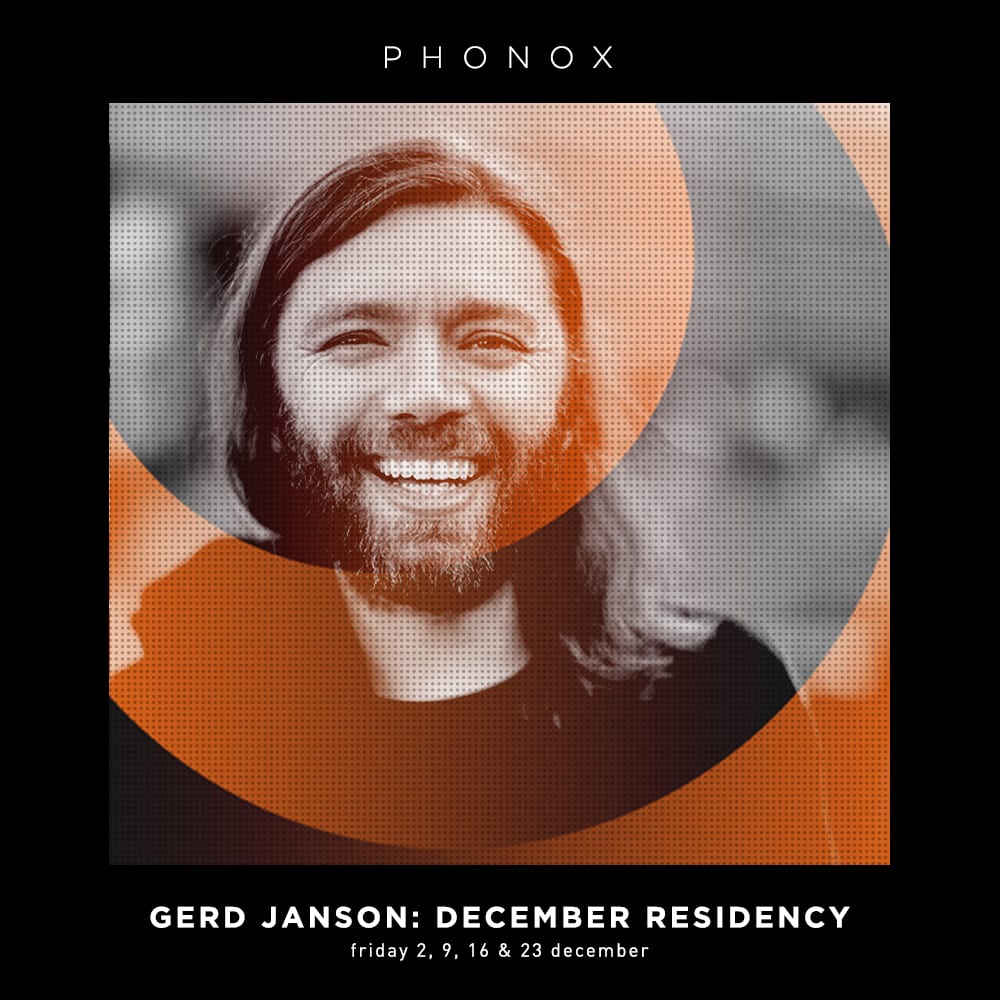 Phonox can now proudly announce, Gerd Janson will be playing all night long for four consecutive Friday’s this December.

As one of electronic music’s most admired and respected DJs, the Running Back label founder has spent his career traversing through residencies at some of the worlds most renowned clubs. He began in Darmstadt’s Café Kesselhaus, then in 2000 he took up residence at Frankfurt’s famous Robert-Johnson from where he began a steady upward trajectory. A residency at Berghain’s Panorama Bar followed alongside a continuous global touring schedule.

Over the last four years, Janson's been focusing on his prolific Tuff City Kids project alongside Lauer, which has had an almost constant output via well-respected labels like Unterton, Delsin, Internasjonal, Permanent Vacation and Live at Robert Johnson. This month, their work together culminated in "Adoldesscent", an album which has been met with unparalleled critical acclaim.

The genre-free philosophy during Janson's sets and of his label have garnered him the type of recognition that takes lots of years and a very talented ear to achieve. He's put forth releases from a string of huge artists including Leon Vynehall, Paul Woolford, KiNK, Theo Parrish, Todd Terje, all the while maintaining an unpretentiousness which has made him the ultimate DJs DJ.

Phonox is genuinely humbled to be able to bring such a well respected and lauded DJ to London this December, for what will be four unforgettable parties.