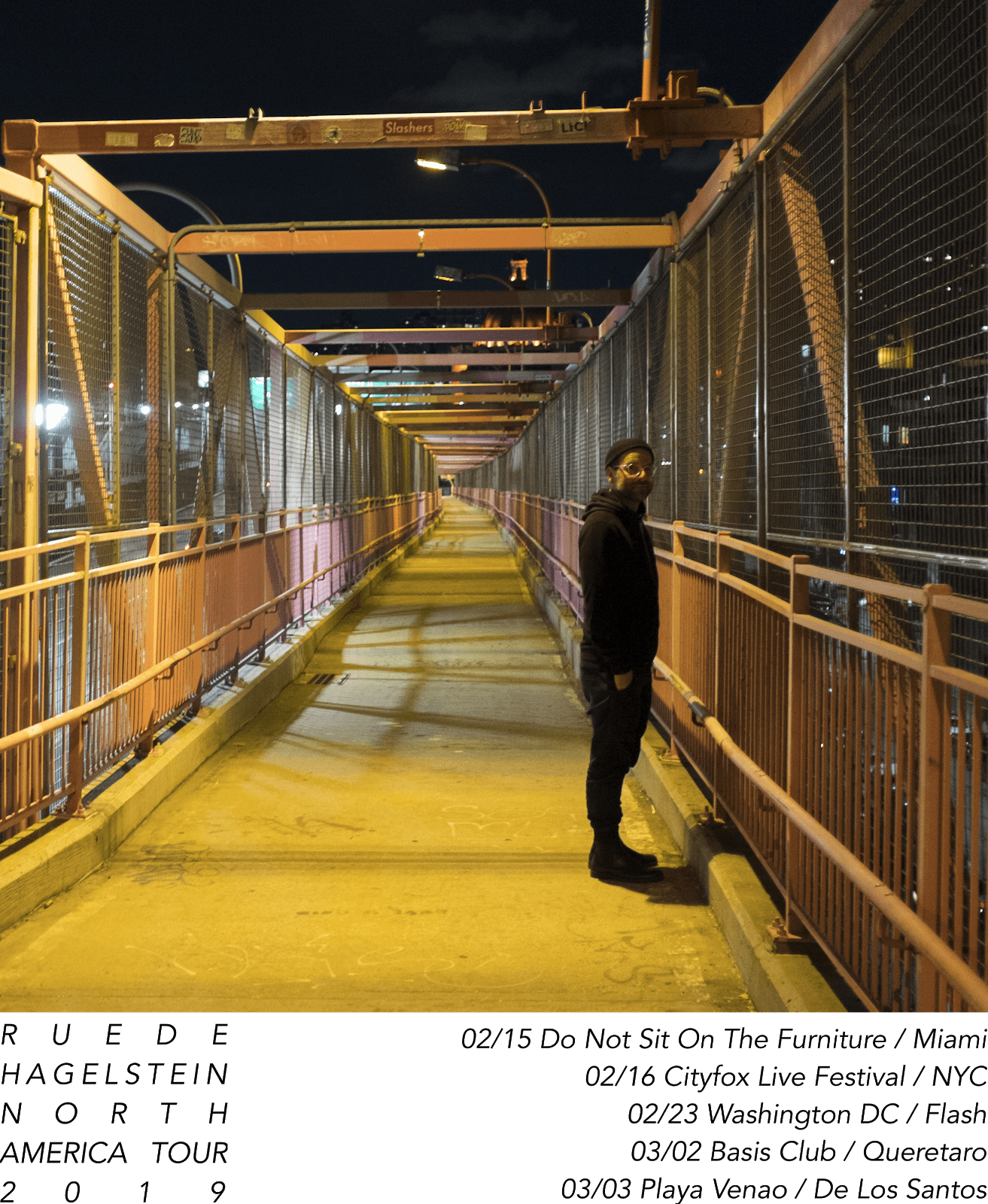 German techno maestro and Watergate resident, Ruede Hagelstein, will be making his return to North America for a five-date tour with shows in New York, Miami, Washington D.C., Mexico and Panama this February and March. Armed with a stack of new music including two new releases scheduled for the coming weeks — a new EP on his DUAT Folklore label and a remix on Anjunadeep — this is set to be one of Ruede’s most significant tours on this side of the Atlantic to date.

With a prolific music career spanning 20 years, Ruede got his start DJing in the late ‘90s at the first iteration of one of Berlin’s most iconic nightclubs, Tresor. A talented writer, for several years he also served as a music and nightlife editor in Berlin before furthering his technical sound knowledge with an audio engineering degree in 2006 from the SAE Institute. A longstanding Watergate resident, Ruede’s releases have been charted by some of the most esteemed labels in the industry such as Bedrock, Cocoon, Eskimo, Flying Circus, Lost and Found, Systematic and Watergate Records. Widely known for his exceptional remixing skills, Ruede has also collaborated with well-respected imprints including Bedrock, Culprit, Get Physical, and Suara. Founding his own label in 2017 with Amin Fallaha — DUAT Records and sub-label DUAT FOLKLORE — together they present releases that showcase both the darker and brighter, more melodic side of techno.

Following on from his 2018 ‘1003’ release, Ruede’s forthcoming two-track EP ‘1004’ due for release on his DUAT FOLKLORE imprint on March 1 is a truly melodic masterpiece. Like every release charted on his label, ‘1004’ is inspired by Ancient Egyptian culture and is even named after a hieroglyphic symbol. Featuring oriental scales, the dissonant melody of “Shai” is both haunting and beautiful and showcases Ruede’s knack for creating Middle Eastern inspired sounds that are flute-like using just his Moog Synth. In a similar vein, the second track “Amun” also has a strong folk-like melody complemented by percussion and jabbing synths that results in a deeply hypnotic track. Never one to slow down, Ruede will also be making his debut on Anjunadeep Records, with a remix of Yotto’s “Turn It Around” (Ruede Hagelstein’s Rise Again Remix) which is slated for release in April.

Touching down in Miami on February 15, Ruede will headline Behrouz’s Do Not Sit On The Furniture nightclub before making his way to NYC. On February 16, Ruede will take the decks at Brooklyn’s most impressive indoor/outdoor venue, Avant Gardner, where he is slated to perform at Cityfox LIVE Festival alongside some of the underground’s finest live talents: Âme (Frank Wiedemann), Stephan Bodzin, Octave One, Mathew Jonson and many more. Making a stop at Washington D.C.’s  Flash DC on February 23, he will then head to Mexico to play Basis Club in Queretaro on March 4 before winding up his tour in Panama to grace the decks at Playa Venao on March 15.