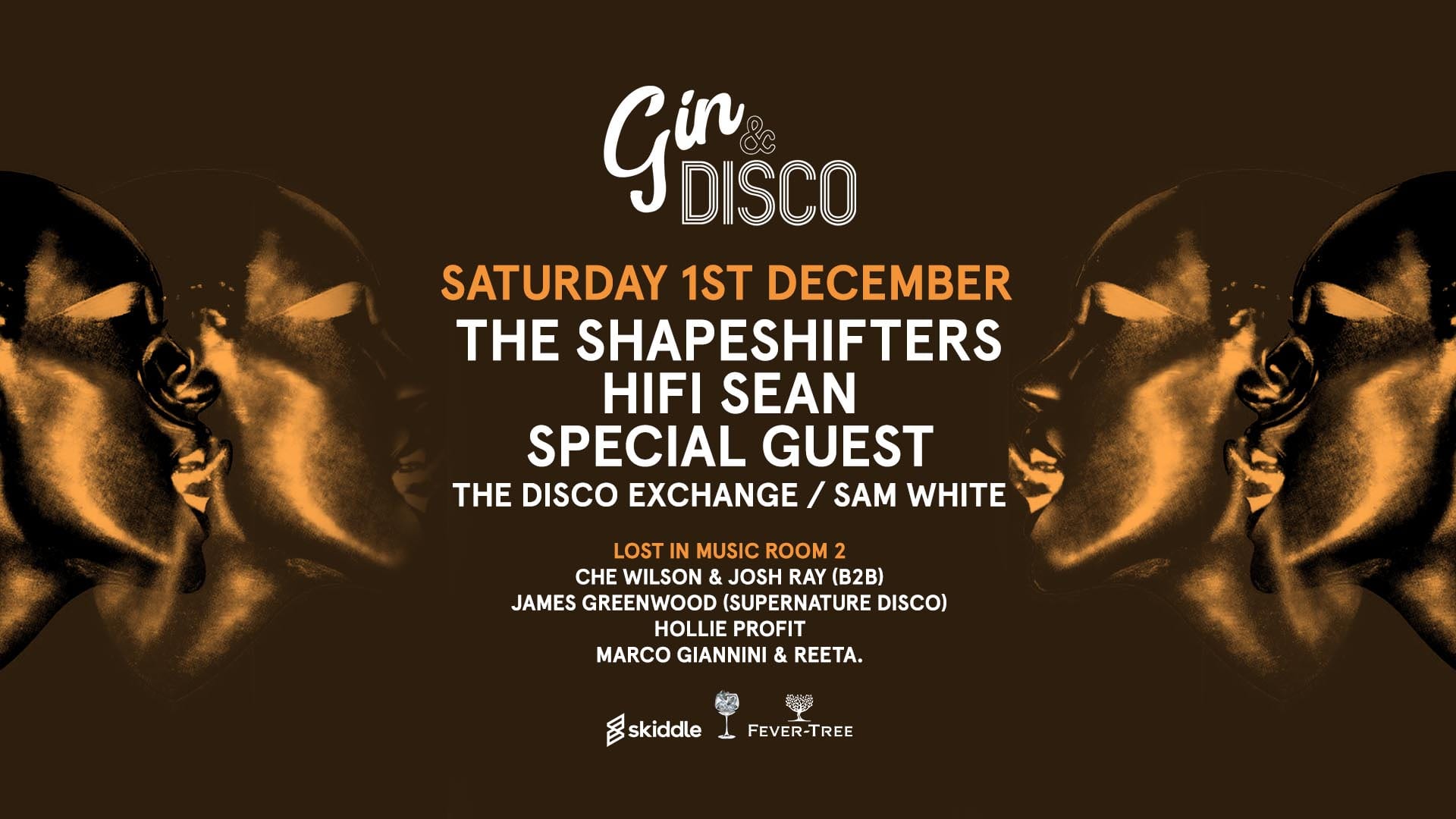 CELEBRATED disco brand comes to Manchester for its inaugural party in December.

Saturday 1 December 2018 will see the long-awaited Manchester debut of disco brand, Gin & Disco, who will be taking over the newly launched Brickworks (Barton Arcade, 48 Barton Square, Manchester, M3 2BH) for an all-day party headlined by The Shapeshifters and Hifi Sean, from 2pm – 11pm.

Gin & Disco is a new brand that brings together two of the best things in life… Gin and Disco! This summer, the brand went on their debut mini UK tour which took them to Chester, Liverpool, Edinburgh, Glasgow and Stoke-on-Trent with world-class DJs supplying the disco, funk & soul sounds.

Each party has its own Gin & Disco production to make each one a truly special and unique experience. With previous headline guests including Greg Wilson, Late Nite Tuff Guy, Todd Terry, Melvo Baptiste, Crazy P and Derek Kaye.

For their first foray into Manchester’s disco hearts they are taking over the newly launched Brickworks, a subterranean maze of caverns and tunnels, deep in the heart of Manchester’s city centre, and alongside residents, The Disco Exchange and Sam White, there will be the welcome return of the much loved Hifi Sean to the city, alongside house music behemoth, The Shapeshifters. Second room proceedings will be taken over by Manchester’s rapidly growing disco brand Lost in Music, fresh off the back of a recent string of sell out events, with resident DJ’s Marco Giannini and Reeta, joined by rising stars James Greenwood, Che Wilson, Josh Ray and Hollie Profit.

Ed Davis, promoter for Gin & Disco said, “We’ve thrown parties up and down the country, but we’ve waited for the right time and right venue before we made our mark on Manchester.

“Manchester is a city steeped in electronic music history, and it’s a city that is blessed with a thriving nightlife, especially its disco scene, so it is important that our debut on the city is different to the rest.

“Day time parties are a bit of a rarity, so we are really excited to break from the norm in this respect, with our event starting at 2pm and running through until 11pm. Which is typically when most clubs are only just opening.”

Gareth Chubb, director of Brickworks and Joshua Brooks, said: “I’ve waited for the right event to officially launch our new venue Brickworks and when we were approached about using the space for Gin & Disco, it felt like a natural fit.

About his return to the city and why he likes playing in Manchester so much, Hifi Sean said, “Mancunians know and love their music, so its always a joy to play to the crowds in the city.

“I love playing to people that I can take onto a musical journey, something that happens every time I play in Manchester.”

Tickets for the event are available on Skiddle.