Xander Ace - Give It Up (Remixes) 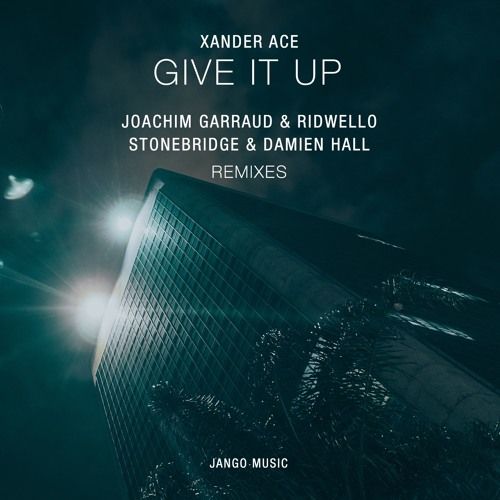 Xander Ace - Give It Up (Remixes)

Up next on Jango Music is the new remix pack for Xander Ace’s ‘Give It Up’. The pack features 2 remixes from Joachim Garraud & Ridwello and StoneBridge & Damion Hall. Joachim Garraud & Ridwello start us off with a slow build up with the vocals alongside warm piano chords and percussion breaking into thumping kicks and synth stabs which cut in like lasers. Moving onto StoneBridge & Damion Hall’s take on the track, we have a more upbeat version with mesmerising synth leads and powerful bassline, which serves up perfectly this summer!

Teaming up with Ridwello on the remix, Joachim Garraud is no stranger to the electronic dance music scene. Starting off as a DJ in Paris, Joachim eventually started becoming the pioneer of numerical music, he created his own recording studio in the middle of Paris, which allowed him to remix, compose or produce artists such as David Guetta, Jean-Michel Jarre, Paul Johnson, Deep Dish, David Bowie, OMD, Kylie Minogue, Mylène Farmer, Cassius, Cerrone, Moby, Robbie Rivera and many more. Swedish producer StoneBridge as well being a heavyweight in the game rose to fame off his own remix of Robin S.’ ‘Show Me Love’. He has released several 12" remixes, CDs, and has several singles, including ‘Put 'Em High’, ‘Take Me Away’ and ‘Freak On’ from the debut album 'Can't Get Enough' 2005. There are some real contenders on these remixes so make sure you don’t miss out!