Jack Wins - Give It Up (Sultan + Shepard Remix) 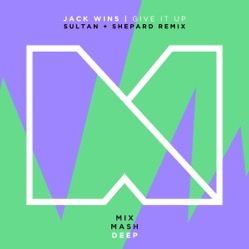 Jack Wins - Give It Up (Sultan + Shepard Remix)

Canadian duo Sultan + Shepard returns with a remix of Jack Wins’ new single "Give It Up," out now via Mixmash Records. The track features fast-paced, high-energy rhythms with sultry future house bass sequences and catchy vocals that create a strong bridge and consistent layering. Allowing their signature melodic vibe to intensify the original, the Sultan + Shepard mix is sure to find its way onto your summer playlist in a matter of seconds.

Dubbed as the “kings of progressive house” by Beatport, the duo have managed to churn out new music on a consistent basis without sacrificing quality or holding back from experimenting with their sound. Sultan + Shepard ended 2015 with a bang, releasing “Bring Me Back” with R&B pop star Kreesha Turner, following a collaboration with Felix Leiter on “BWU” soon after. Continuing the momentum, the duo has big plans for the end of this summer and fall, with new originals and remixes that showcase a refreshing new sound unlike anything previously heard.

Jack Wins might not sound all too familiar too a lot of people, but his sound has been getting a lot of support in the last few months. With his previous releases played by heavy hitters such as Tiësto, Oliver Heldens, Don Diablo, Mightyfools & Nicky Romero, the DJ/Producer has definitely appeared on the radar of the biggest artists in the industry.