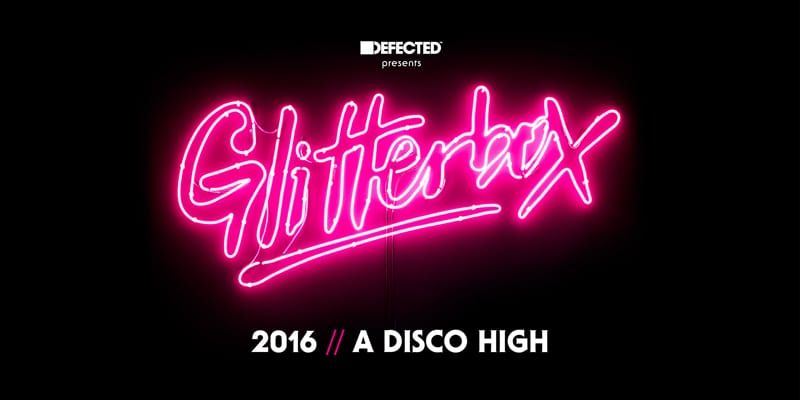 After two successful season long stints in Ibiza in 2014 and 2015, not to mention some very special appearances at clubs like Ministry of Sound, Glitterbox is about to embark on its most ambitious – and busiest – year to date.

The summer series of events begins on 7th May at Ministry of Sound with Basement Jaxx, The Shapeshifters, Aeroplane, and John Morales. This party will launch the Glitterbox Ibiza 2016 album, selected and mixed by Defected Records head and Glitterbox resident Simon Dunmore. Simon's depth of knowledge, attained over three decades of collecting soul, disco and house music, helps shapes Glitterbox's soundtrack and is showcased perfectly on the compilation.

On 28th May, Glitterbox will present its own programmed arena at We Are FSTVL with DJs Todd Terry, Joey Negro, Roger Sanchez, Norman Jay and Simon Dunmore, plus vocalist Barbara Tucker (whose mesmerising performance at Space, Ibiza last summer was one of the season highlights).

At the start of June, Glitterbox begins its third year in Ibiza and is extremely proud to have been chosen by Space to host Friday nights on the legendary Terrace for the club's final season. For 17 weeks regular Glitterbox contributors Basement Jaxx, Todd Terry, Kenny Dope, Dimitri From Paris, Joey Negro, Roger Sanchez and Simon Dunmore take control of the DJ booth in one of the best clubbing spaces in the world. Glitterbox’s uninhibited, vibe setting dance crews will also be returning to the Terrace every Friday, as will one of Ibiza's most enthusiastic and most diverse club audiences.

At the start of July, Glitterbox holds its second UK club date of the year, this time in Bristol (further details will be announced soon). On August's second weekend, Glitterbox will then travel to Croatia for the first time, curating a night at the inaugural, 5 day long Defected Croatia Festival in Tisno, Dalmatia. On 23 September, Glitterbox caps its biggest summer to date with the 2016 closing party at Space, Ibiza, featuring Todd Terry, Dimitri From Paris, Joey Negro, and Purple Disco Machine.