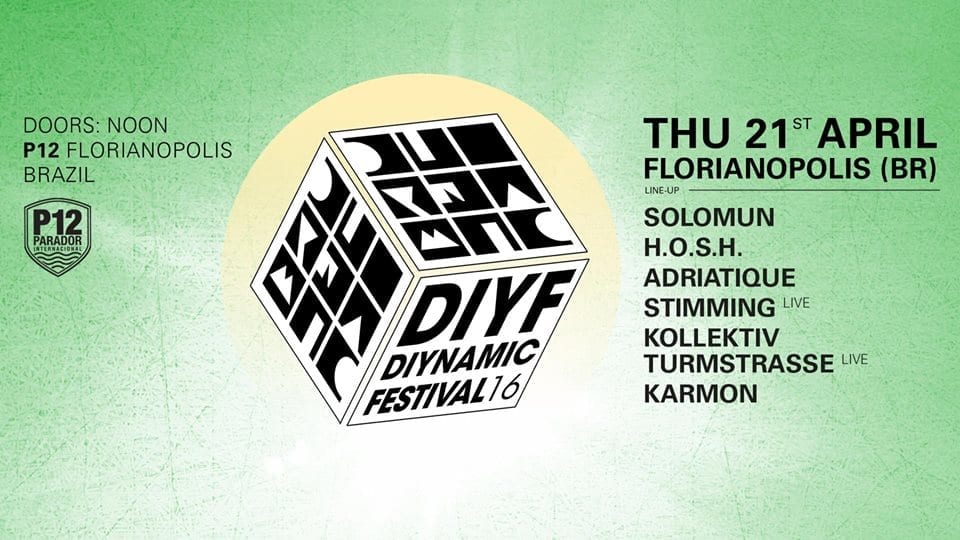 Only a few days are left until the Diynamic family is boarding the plane, leaving good ol’ Europe and going on a musical adventure to South America! Five major events in three countries within two weeks are waiting for the Diynamic mainstays. A journey this big is only possible through the massive support that the people there have given Diynamic’s artists.

The next day the whole crew will travel to Itajai together, home of legendary Warung Beach Club, to hold the already traditional Diynamic Showcase there.

On Saturday, April 23rd the crew heads over to Tomorrowland Brazil to host the Diynamic Stage, now for the second year in a row.

The label tour through South America has recently been enhanced by another event: The Diynamic Showcase Santiago de Chile. Teatro Caupolican, a venue rich in musical history of all genres, is the setting for this very special event on Friday, April 29th.

And for the grand finale on Saturday, April 30th Solomun, H.O.S.H., Adriatique, Stimming and Karmon head over to Argentina for Diynamic Festival Buenos Aires.

The finest of Diynamic Music will return to South America:
–      Solomun, who has just returned from winter break and started touring again
–      H.O.S.H., who just released a massive remix for Australian band Rüfüs
–      Adriatique, who have just released an EP on Cityfox and will soon on Diynamic with Lehar
–      Kollektiv Turmstrasse, whose “Sorry I’m Late” was Beatport’s most selling track 2015
–      Stimming, who’s releasing his 4th album in April
–      Karmon, who locked himself into his studio for the last weeks to work on some new material