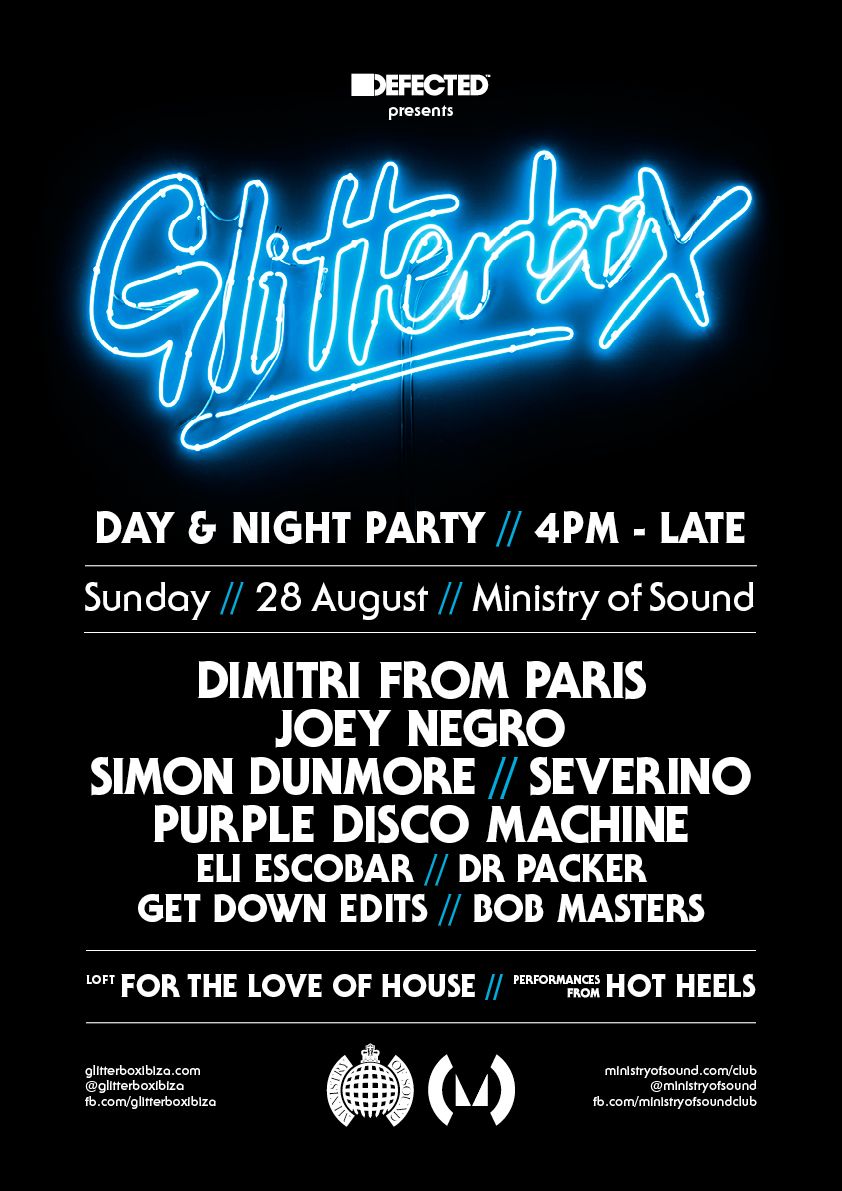 Glitterbox has announced a special day and night party at Ministry of Sound on August Bank Holiday (with an outdoor daytime BBQ in Ministry’s courtyard space). Opening at 4pm on 28th August, the party features Dimitri From Paris, Joey Negro, Simon Dunmore, Severino, Purple Disco Machine, Eli Escobar, Dr Packer, Get Down Edits, and For The Love Of House, plus performances from dance crew, Hot Heels.

Glitterbox’s event at Ministry of Sound in May, where Basement Jaxx capped an incredibly memorable night in the legendary Box, was a defining moment in the party’s history and the perfect start for their 2016 summer season. Fresh from their May Bank Holiday VIP arena at We Are FSTVL, Glitterbox began their 2016 season at Space, Ibiza in spectacular style on Friday 3 June. The first of 17 parties to grace the legendary venue’s Terrace during its final year saw DJ sets from Dimitri From Paris, Kenny Dope, Todd Terry, Simon Dunmore, and DJ Pippi, with a live performance from the first lady of house, Barbara Tucker

At the start of July, Glitterbox holds its second UK club date of the year, this time in Bristol (further details will be announced soon). On August's second weekend, Glitterbox will then travel to Croatia for the first time, curating a night at the inaugural, 5 day long Defected Croatia Festival in Tisno, Dalmatia. On 23 September, Glitterbox caps its biggest summer to date with the 2016 closing party at Space, Ibiza, featuring Todd Terry, Dimitri From Paris, Joey Negro, and Purple Disco Machine.