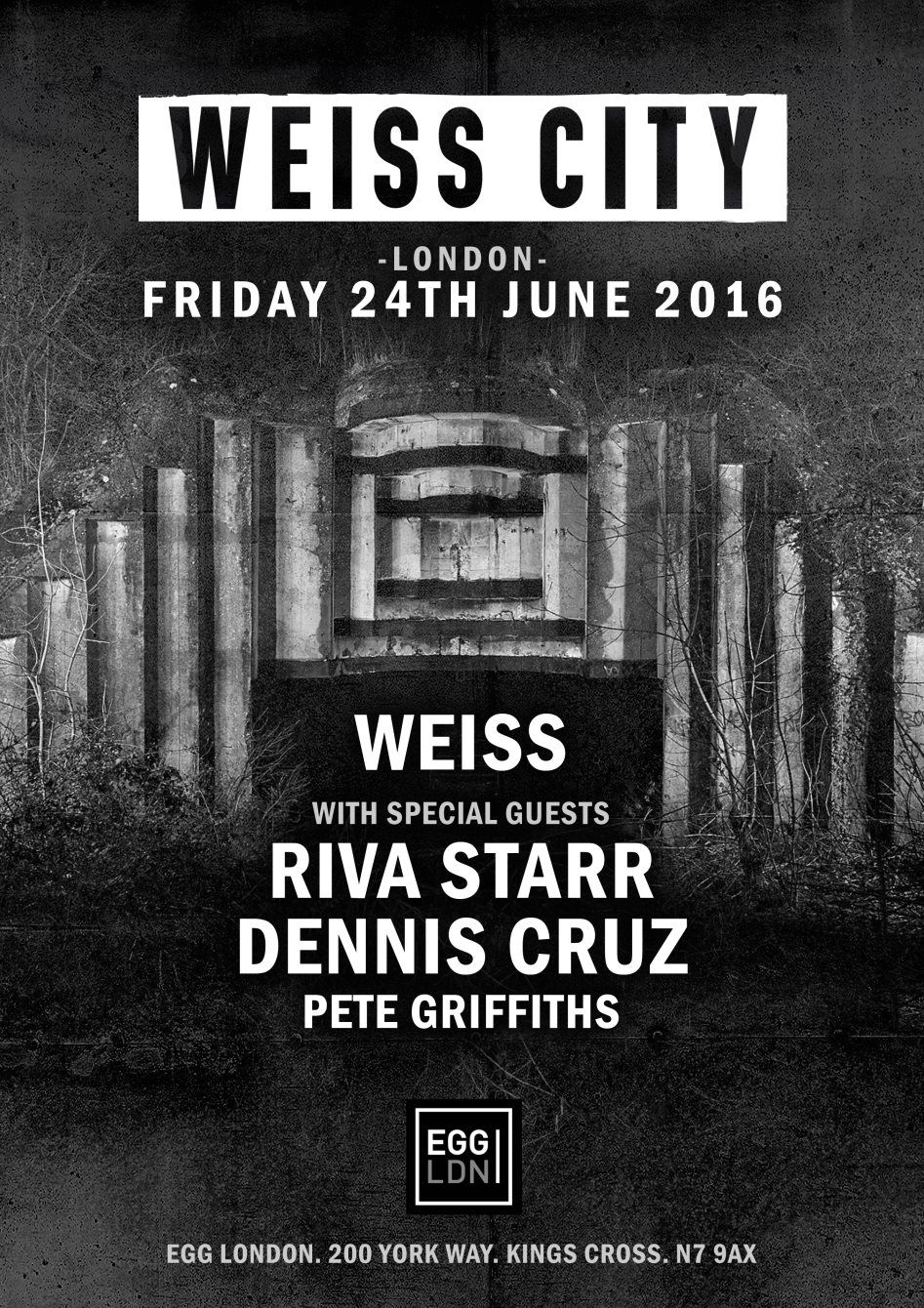 After smashing the Terrace at the Toolroom Live sessions in March, Weiss returns with his Weiss City residency joined by special guests Riva Starr and Dennis Cruz. Following on from stand out performances at Egg LDN, smashing Miami 2016 alongside Roger Sanchez and confirming his place at Toolroom Live in Ibiza alongside Mark Knight this summer, Weiss launches Weiss City at Egg LDN. Recent touring has also seen Weiss play on some of the world’s most famous stages, including BPM Festival Mexico, Kosmonaut Berlin, Cielo New York and embodying the spirit and simplicity of the original House sound, Weiss’ love of old school jackin' Chicago House combined with a modern approach ensures his music always stands out. Not simply a widely respected DJ/Producer and the owner of Snatch! Records, Riva Starr’s restless artistry has seen him shrug off genre constraints and expectations making a mark on the international club scene. Beating to the pulse of the underground, Riva has thrown down back to back sets with DJ Pierre and Technasia, as well as rocking parties like Warehouse Project, Elrow and Cocoon and heading up his own label showcase at off Sonar. Nominated ‘Best Tech-House Spanish Artist’ & ‘Best Male Spanish Artist’ at the Vicious Music Awards 2015, Dennis Cruz has made a huge impact on the international scene following his entries on Beatport’s Top 100 charts, also just hitting number 1 with his new release on Snatch “New Life”. His work is rapidly catching on with accolades from DJs like Marco Carola, Nicole Moudaber, Paco Osuna and Erick Morillo which he describes as ‘deep-tech and techno with booming beats and melodies and a deft touch of dub’. Get ready as he works the crowd radiating positive energy all night long.