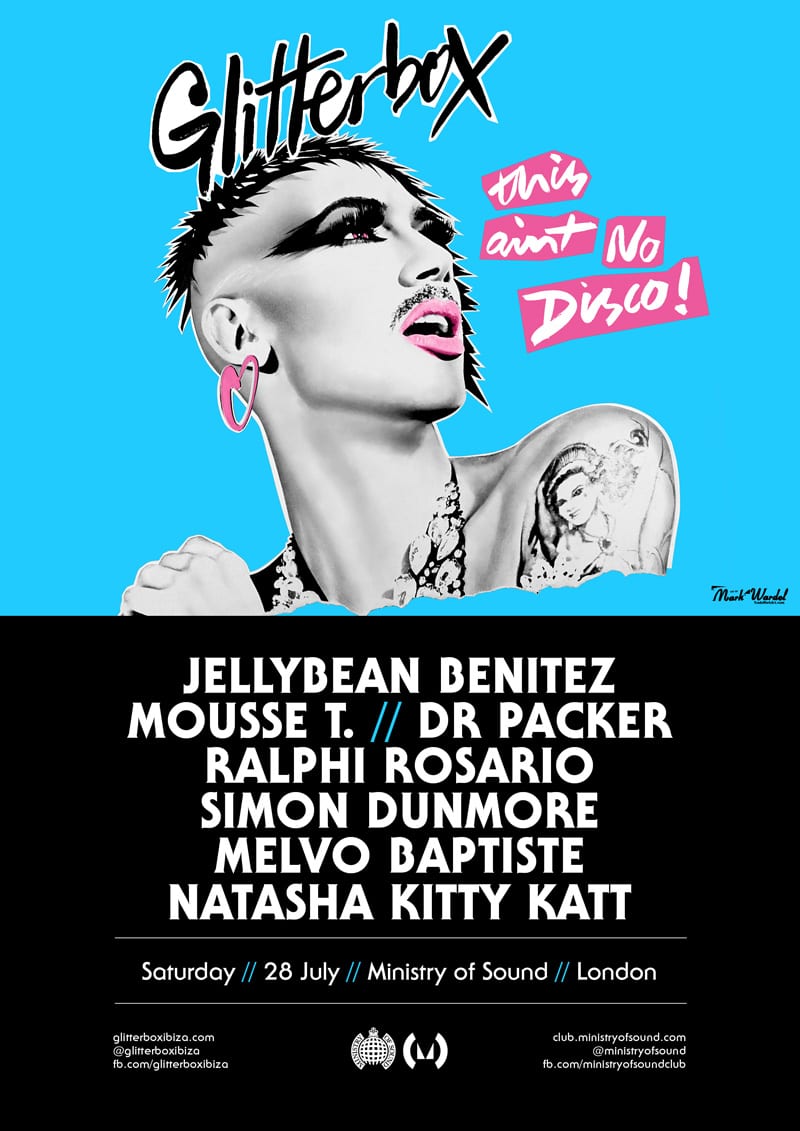 While the Glitterbox tour takes on the world with parties in New York, Zurich, Amsterdam, Barcelona, Croatia, and of course the summer-long residency at Hï in Ibiza, July’s London party will be a welcome homecoming, bringing together some legendary international DJs for a night of classic and contemporary house, nu-disco and unabashed dancefloor hedonism. Glitterbox has just announced its first Australian tour with shows in Sydney, Perth and Melbourne featuring Todd Terry, Simon Dunmore and The Shapeshifters in November 2018.

Glitterbox generates an inclusive, uplifting party atmosphere designed to unite all on the dancefloor, using the most spectacular production, dancers and soundtrack to create a truly 21st century disco. Bringing the phenomenon to life on 28th July will be Glitterbox’s flamboyant performers including cover star Lucy Fizz, Alexus De Luxe, Tete Bang, Chester, Georgie, Johnny Bones and Jay Jay Revlon with his vogueing crew. Creating immersive, uplifting moments amongst the crowd throughout the night and armed with confetti guns, the Glitterbox dancers, queens and club kids are the stars of the show.

Ministry of Sound has been Glitterbox’s UK base for almost five years, a second home for the Ibiza club night. As Glitterbox spends its fifth year pulling off its most impressive Ibiza run to date at the island’s hottest new superclub, July’s Ministry event marks a significant milestone for the party. Meanwhile, the iTunes #1 Glitterbox Radio Show presented by resident Melvo Baptiste gives Glitterbox lovers their weekly fix of authoritative house and disco culture. Glitterbox Recordings continues to release the hottest new music and vinyl from the likes of Mousse T., Ralphi Rosario, Dr Packer, The Shapeshifters and more, not to mention the chart-topping Glitterbox compilations proving that the spirit of disco is alive and kicking.

For all tickets and info see www.glitterboxibiza.com.