Established earlier this year just as the COVID pandemic set in, Mélon Le Cartel, a music collective that boasts 10 artists that span the world from 8 different countries, have dropped their latest track “Beijing”.

With influences from a range of genres clear to hear, “Beijing” is in a league of its own. Hip-hop stylyings frame the infectious bassline, combined with the unforgettable synths to create an idiosyncratic soundscape.

Kuma Overdose, founder and producer of the collective, offers – “Think of this project as a sonic melting pot, but with the latest ‘cooking’ technology. The finished dish tastes new but at the same time somewhat nostalgic.”

Taking inspiration from a variety of genres including Hip Hop, Funk, Disco, Pop, and Afrobeat, “Beijing” and its accompanying tracks from Under Construction blend the lines between different soundscapes to create an undefinable project. Boasting four different languages within their witty lyrics, Mélon Le Cartel have, within a difficult time for many of us, created a thrilling new collective that has something for everyone. 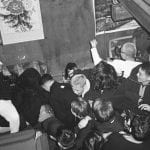