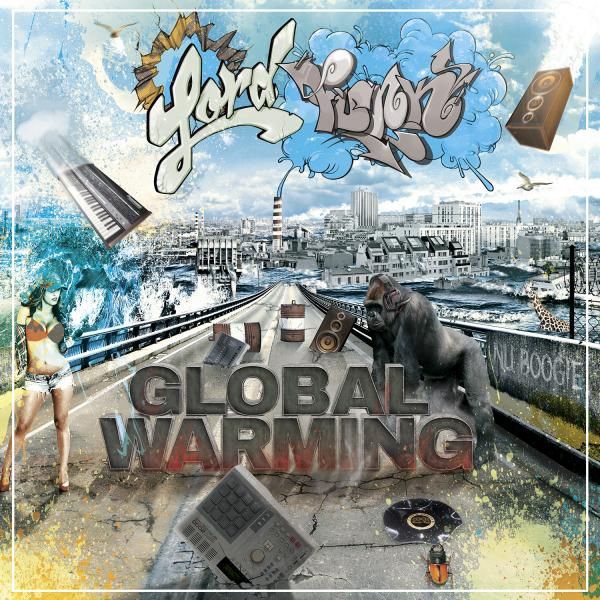 Today based in Paris 'Lord Funk'at one time was the supplier and the salesman of records and official samples to some of the biggest producers of  electro and hiphop in the world including everyone from, Fat Boy Slim, Kenny Dope, Warren G, DJ Spinna, The Beatnuts, DJ Muggs, Clark Kent, Towa Tei, DJ Vadim, Lord Finesse & BuckWild, Bob Sinclar, Pete Rock, Kruder and Dorfmeister, Q Tip, Eagon  and many more.

His new album 'Global Warming' is a cornucopia of mid 80s sounds, including Disco, Hip Hop, Rare Groove, Deep Boogie and foot-tapping funk. Set for release on 25th March, the album will be available digitally and on vinyl.