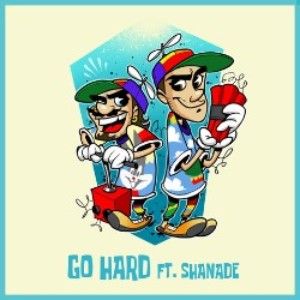 ‘Go Hard’, their debut release of 2018 fuses waves of rousing and punchy horns with a sophisticated synth rollout, laced with a soulful powerhouse vocal; the track is a statement release and a seriously almighty groove.

“Initially it was difficult to come up with the premise as we tend to write the music before we come up with a concept for the lyrics.” Explains Jonny “So we decided to give our ears a break for a couple of weeks. When we came back into the studio it was suddenly abundantly clear. With the womping basslines and punch hungry drums, It was about going at it. Hard.”

Having met whilst at university, this year marks their fourth of their collaboration. TWOGOOD’s artistic style blends old school funk and disco devices with fresh electronic ideas and showcases their raw musical talent. Inspired by the likes of Nile Rodgers, Daft Punk and Todd Terje, the pair have developed a signature sound that is reminiscent of the 70s/80s whilst at the same time looks to the genre's future.

Having received early recognition for their emphatic sets, TWOGOOD have warmed up the decks for the likes of Grand Master Flash, Disclosure, Bondax and Jaguar Skills and made appearances at world-dominating festivals such as Glastonbury, Boardmasters, AMP Lost & Found and Secret Garden Party. With several releases in the pipeline for 2018, this year is set to be one of success for the rising, electronic talents.