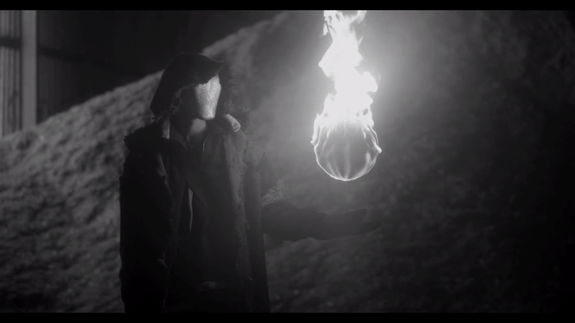 Back in February of this year, masked mystery-producer Tom Stell – formerly known only by the moniker of Golden Features – unleashed a 4 track EP that shook the Australian music scene to its very core. As countless producers from the Southern Hemisphere continued to produce the now famous ‘Australian’ sound, Tom achieved the unlikely with his self-titled EP, and set himself apart from the rest of the movement.

Continuing this trend of inimitability, Golden Features now returns with an official video for one of the most popular tracks from that debut EP, ‘Tell Me’. Yet another work of sheer originality from the antipodean prodigy and now available for all to experience, this stunning music video looks set to blow Tom’s growing exposure even further afield.

Lauded with praise and countless spins on Triple J’s hot list, ‘Tell Me’ packs a deep and trippy punch, whilst maintaining a groovy undertone to keep the listener on their toes. Enlisting the stunning voice of Nicole Millar (Peking Duk ‘High’), the high-pitched vocals resonate seamlessly with the gentle wobbles and breakdowns creating atmospheric depth through the entirety of the record. Befitting of this moody, pensive aura, the black and white music video glides along with the track through a sinister underbelly of society and out the other side.

The admiration for his debut EP still continues to pour in from all over the globe and is set to skyrocket further with the release of this video. Racking up thousands of plays in a short time and with Porter Robinson personally getting behind his music, Tom shows no sign of fading into the obscurity from which he started. Golden Features is set to embark on what can be foreseen as one of the most substantial breakthroughs in dance music this year.