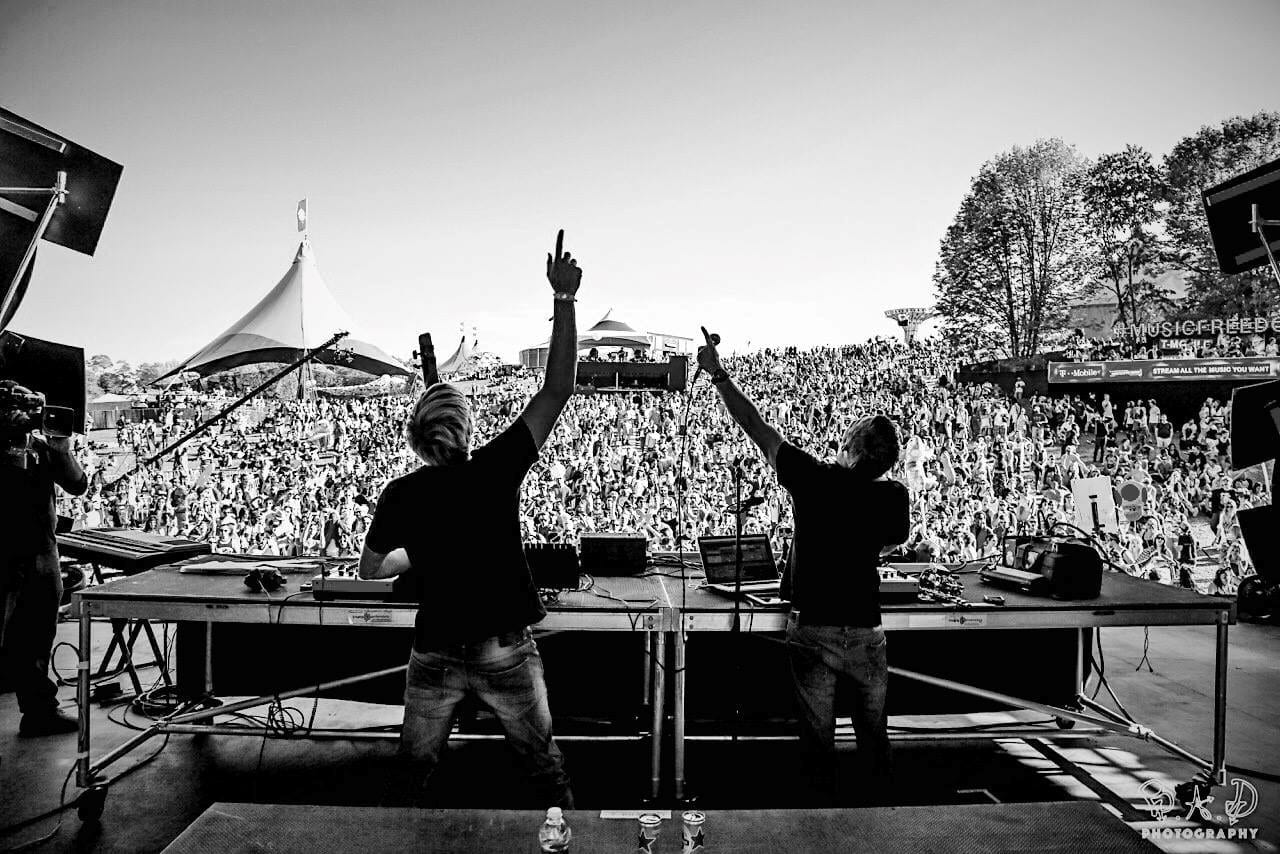 Appearances at Ultra Music Festival Miami, Electric Forest, Northern Nights, Global Dance Festival at the iconic Red Rocks and Wakarusa Festival wowed crowds and saw the duo become one of the hot picks for seasoned critics up and down the continent.

Not surprisingly, fans want more and the Fishies are never ones to disappoint, announcing their second major club tour of the year across the USA and Canada.

Hitting Chicago, Fort Collins, Aspen, Colorado Springs, St Louis, Whistler, Vancouver, Seattle, Eugene, Austin and Del Mar from September 4th to September 19th, Goldfish will end things on a high with a hotly anticipated performance at KAABOO Festival in San Diego and two special Halloween dates in San Francisco and Live Oak, wrapping up an incredible six months during which their profile in the key Stateside market has skyrocketed.

“We literally couldn’t have imagined a more incredible Summer Tour response in the USA if we tried,” said Dom Peters from the band. “Every festival we’ve played has felt like a best ever… and it just keeps building. You really get the sense that what we are doing with live instruments in dance music is what everyone has been waiting for and it’s just so exciting to see where Goldfish is heading Stateside. UP!”

Renowned for their incredible blend of electronic production and live instruments – pianos, keyboards, saxophone, flute, double bass and more – and a show that raises the roof every time they set foot on stage, it was only a matter of time before they finally broke America. With MTV Africa awards in their back pocket, chart topping albums, countless residencies at the legendary Pacha Ibiza and some of the most funk-fuelled house music out there right now, the band are riding a wave of Organic House straight to the top.

For all things Goldfish, including details on upcoming tour dates, music and official ticket outlets, swim on over to www.goldfishlive.com.