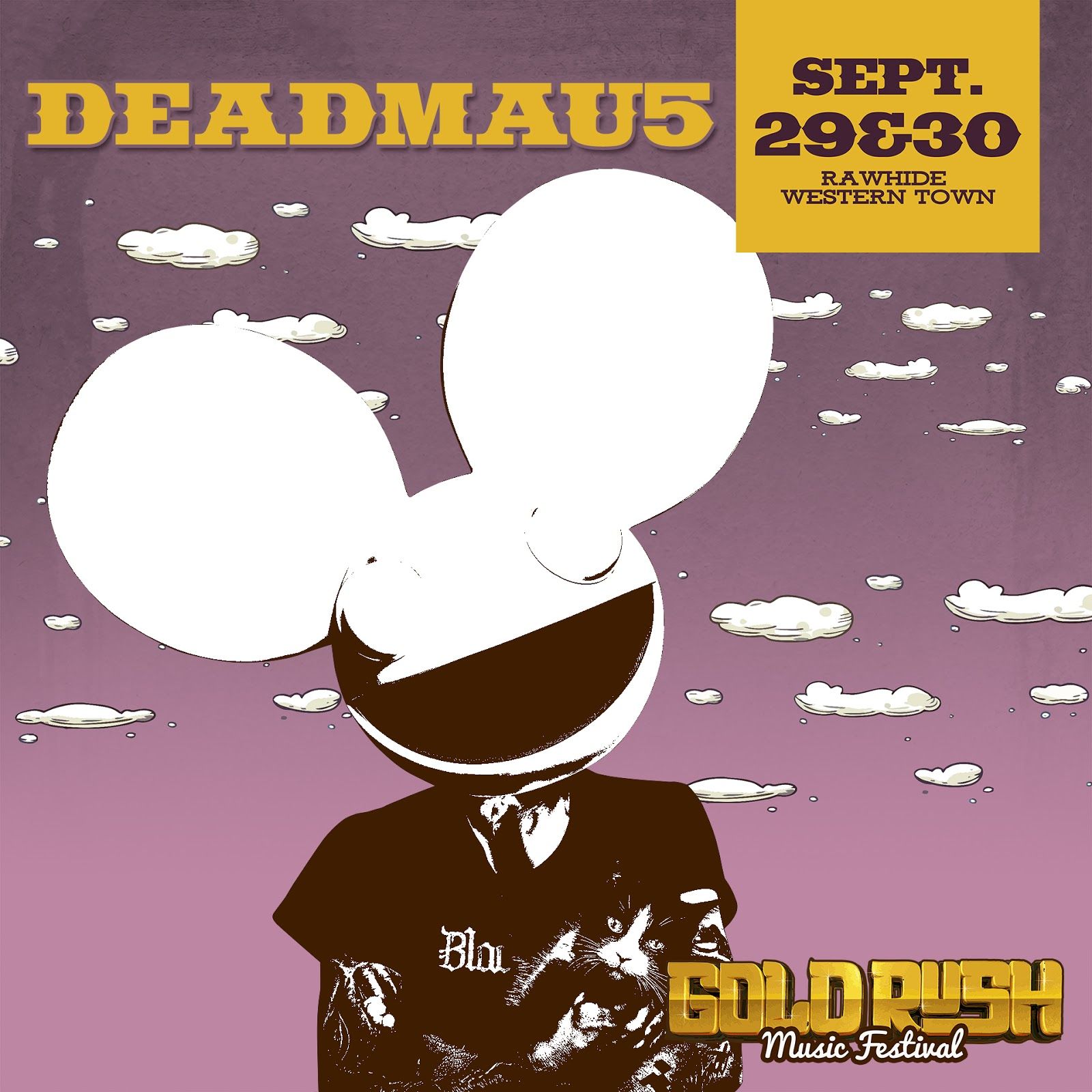 Relentless Beats has announced its first headliners for Goldrush Music Festival, returning to Rawhide Western Town in Chandler, Arizona, September 29 and 30, 2018. Progressive house, uber producer Deadmau5, along with cake tossing, electro house impresario, Steve Aoki will turn up the Wild West as the first announced headliners of one of 2017’s best received new festival experiences. The fully immersive two-day festival will welcome electronic dance music and hip-hop fans from across the country to discover and experience world class DJs, across four expertly curated stages. In the coming weeks major details will be released, including: production upgrades, curated stages, the first round lineup and additional headliners. #InGoldWeTrust #CanYouDigIt

“With so many major announcements in the works for Goldrush, it is hard to contain our excitement for all that is to come,” says Relentless Beats founder Thomas Turner. “A transformative lineup that builds off what fans experienced last year is just the beginning for one of our biggest festivals to date. Expect nothing short of the ‘Best of the West'.”

A very limited number of ‘pre-sale priced’ general admission passes are being offered up now, starting at $119 for a two-day pass. VIP passes will be available at two levels: Standard VIP, including everything that a GA tickets provides plus express VIP entrance, a commemorative lanyard, access to VIP lounge, access to VIP viewing deck, premium restrooms and passed desserts in the VIP areas. Platinum VIP includes everything that the Standard VIP pass includes, plus: complimentary drinks, side stage viewing at the Golden Gorge stage, access to artist hospitality lounge, steakhouse quality dinner, exclusive festival gift bag, and festival concierge. VIP options are available starting at $199 for a two-day pass and you must be 18 for Standard VIP and 21 and up for Platinum VIP to purchase. Table service will be available at the Golden Gorge stage. Tickets are on sale now and are available online at www.relentlessbeats.com. Goldrush is a 18+ event..

Goldrush is produced by Relentless Beats, Universatile Music and Global Dance. Visit www.goldrushfestaz.com for the most up-to-date information. Stay connected on Twitter and Instagram at @GoldrushFestAZ and on Facebook at www.facebook.com/GoldrushFestAZ.