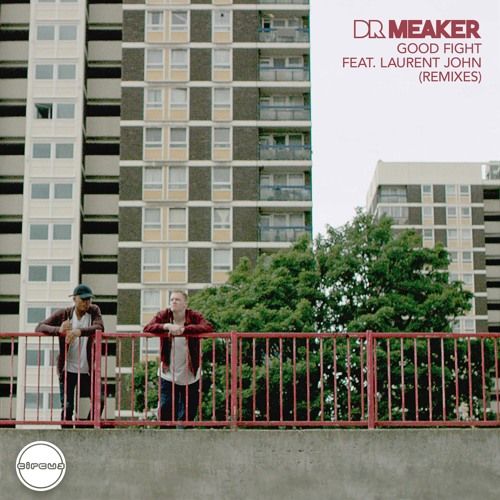 This huge, string-laden, gospel-influenced drum and bass classic in the making will rouse both emotions and dancefloors. Laurent John now fronts the Dr Meaker live show with his unique vocal sound. Dr Meaker have been working with the über talented Laurent John for the last 2 years and this is their triumphant debut collaboration, the first of many beautiful, unique compositions to come from this Bristol dream team.

Dr Meaker are currently finishing their first album for Circus Records which is due for release later in 2015, expect dirt, expect soul. “We’re really excited about how the record is sounding”, says Clive Meaker. “It will feature the high energy vocal drum and bass anthems we’re known for, but there will also be plenty of surprises in store, especially the variety of tempos, styles and moods that it will encompass.”

‘Good Fight’ follows Dr Meaker previous smash ‘Freaks’, which, as has come to be expected of the band, was all over the radio, gaining various playlists, record of the week slots and general high praise on BBC stations Radio 1 and 1Xtra, plus Kiss, XFM and Capital XTRA.