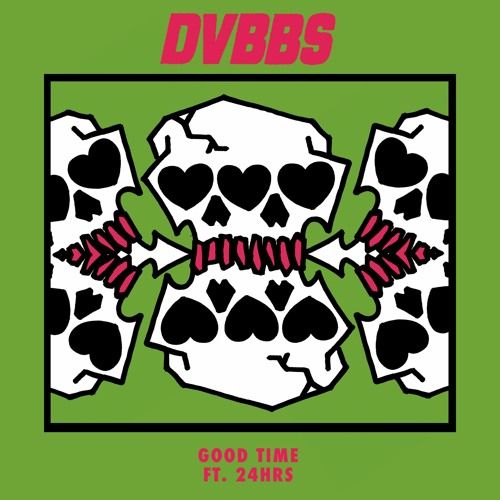 DVBBS have unveiled a new single, "Good Time" featuring vocals from 24hrs. The song reveals a different side of DVBBS, showcasing their strong songwriting abilities across a wide spectrum of genres. "Good Time" is essentially an R&B love song, featuring catchy autotuned vocals from 24hrs and glossy production from DVBBS. "Good Time" will appear on DVBBS forthcoming EP, Blood of My Blood (B.O.M.B.). Previously released singles include "Cozee" feat. Cisco Adler, "Make It Last", their collaboration with the NERVO sisters, and the Belly-assisted track, "You Found Me".

The Toronto-born, LA-based producers have had a busy summer touring worldwide, including appearances at Lollapalooza, Tomorrowland, Creamfields, Parookaville, Dreams, and Coloursfest to name a few. DVBBS is a name that dance music fans haven't stopped hearing about since their inception. They have aggregated over 20 million followers across all social media platforms, much of which due to their massive worldwide successes like "Tsunami" and "Not Going Home" and performances around the globe.