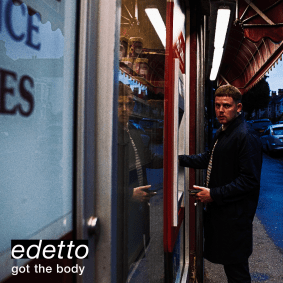 Edetto returns to his self-titled imprint with a mesmerising techno single entitled ‘Got The Body’.

Following on from his debut release that picked up support from the likes of Perc, Paco Osuna and Nicole Moudaber, the Bristol born producer Edetto follows up with an equally consistent single. Influenced by Bristol’s renowned electronic music scene, Edetto maintains his DIY approach to music without swaying from his industrial, drum heavy techno style.