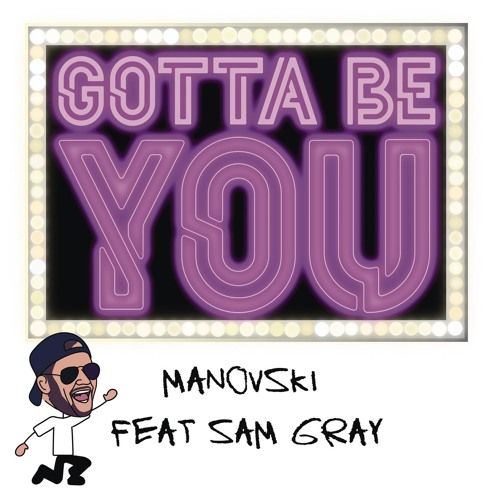 Out of London’s buzzing Tileyard studios by way of Sydney, Australia, producer Manovski is injecting a slice of sunshine Tropicana into his creations and song writing including scoring a top 10 UK smash single with Sigala, Nile Rogers and John Newman on ‘Give Me Your Love’, this talent now prepares to step-out on his own terms with a searing, solo release.

Featuring the hallmarks of Manovski’s now-trademark sound – positive vibes, emotive and impassioned vocals that swirl below an accelerated, double-time house beat and pitched-up proclamations of “That’s Why It’s Gotta Be You” – make no mistake, Manovski brings us one of the biggest dance smashes of the Autumn and beyond.

Having also worked his magic on tracks alongside Steve Aoki, Jason Derulo, French Montana, Ella Eyre and amassing over 250 million + streams across a variety of globally chart-dominating releases, Manovski is poised to be more than a footnote and become the headlining title.

Speaking of the track, Manovski said: “My main objective was to reflect the positive energy of the lyrics in the music. I wanted to create something that makes you dance and sing at the same time and overall that makes you feel happy! I feel the lyrics are quite universal in the sense that we all have been there at some point: having the courage to open up and tell someone how much they mean to you, even if they’re too shy to say it back!”

Make sure you get your hands on ‘Gotta Be You’ via RCA Germany on November 23rd!