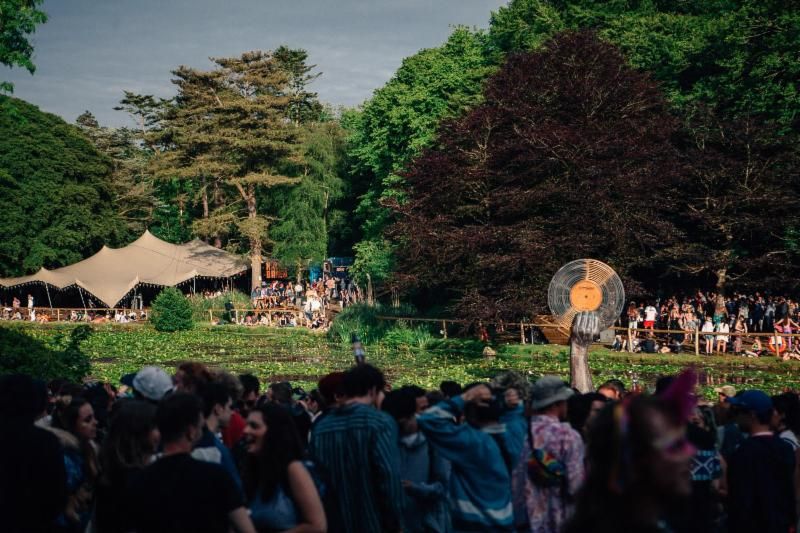 This year's iteration of Gottwood festival is set to transport its family of dedicated followers well beyond the limits of its enchanting woodland setting with this year's line-up striking a perfect blend between established Gottwood veterans and rising stars.

Over the years the festival has garnered respect for booking outside of the box and this year is certainly no different. Hamburg's Extrawelt will be returning with their raw and energetic live show, as will Canadian analogue synth master Mathew Johnson. Eclectic French duo dOP will be soundtracking hazy nights with their unique live show, and the fast rising duo Red Axes from Tel Aviv will be showcasing underground psychedelic sounds live from their much anticipated new album.

Gottwood promised more live music after last year's event and as a result have curated a perfectly balanced live bill which will see the Dele Sosimi Afrobeat Orchestra colour the forest with their joyful afrobeat sounds and multi-instrumentalists and producers Ishmael Ensemble and Bastien Keb showcase offerings from their new albums. North Downs, the new collective from Maribou State & Pedestrian will perform live, marking the band's UK debut, Jonny Nash will work his way through a set of guitar drenched ambience, Christian Löffler cinematic soundscapes will soundtrack the lake, Ross From Friends will be making their mark on the lo-fi house scene and Australia's Harvey Sutherland will perform with his band Bermuda for what many are thinking may be the last time on stages of this size.

Having played host to Rush Hour's Hunee in the past, Gottwood now welcomes his Rush Hour co-founder Antal to the lakeside stage for an afternoon of geographically eclectic sounds. Fellow Amsterdam resident Young Marco will be joining him, as will Roman Flügel, a pillar of the German electronic music scene. Germany's head turning veteran XDB will be fronting the festivals techno offering alongside Panorama Bar regular Ryan Elliot. Long time favourite of the festival Move D will be returning for a number of appearances and Fabric resident and Houghton co-founder Craig Richards plays yet another mammoth set. One Records boss Adam Shelton, Manchester's Ruf Dug and Boiler Room host and Rhythm Section label owner Bradley Zero also return.

Gottwood began to explore the depths of stripped back minimalism a number of years ago, and after winning over Margaret Dygas and then fellow German and Perlon records boss Zip, the sound now forms one of the cornerstones of the festival. This year is no different and sees an exceptional family of artists returning to continue the exploration – Nicolas Lutz, Francesco Del Garda, Sonja Moonear, Alex & Digby, tINI, Thomas Melchior, and Hold Youth.

Cosmic low slung sounds have always struck a chord with the Gottwood contingent and this year will see world-renowned Norwegian, Lindstrøm play a much anticipated live set, Disco Halal's Moscoman push his new-wave sound and the musical chameleon Erol Alkan going b2b with Leon Vynehall in what is sure to be a ground breaking elongated set. With her uplifting sets and fantastic selection clearly reflected in her upward trajectory, The Black Madonna heads to the Welsh forest for the first time as does respected low-fi German producer Moomin and the quality leftfield digger Frits Wentink.

The Gottwood family of promoters also sees a number of new additions – Tom Blip's Blip Discs, Manchester's Full Beam, London's Make Me but maybe most notable is the addition of Golden Pudle Club. In a rare UK performance, the Hamburg institution best known for its single room intimacy is likely to feel very at home at Gottwood, especially when their heroic residents including Helena Hauff step up to the plate this June.

Other acts on the line up include the highly sought after Levon Vincent, variegated owner of Life and Death label, DJ Tennis, Tokyo's Anchorsong, founder of Modern Sun Records Skymark and the UK's own highly respected boundary pusher Matthew Herbert.

The full Gottwood 2017 lineup is listed below, with remaining tickets available via www.gottwood.co.uk