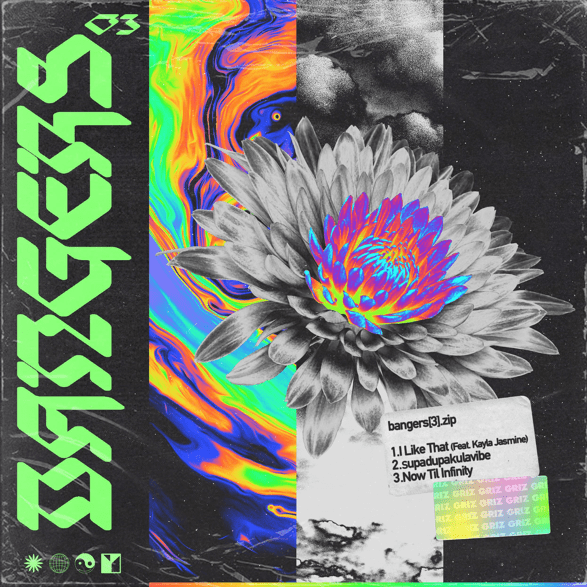 Following this summer’s massive response to his Bangers[2].Zip EP on Deadbeats featuring the fan-favorite Subtronics collab, “Griztronics”, today GRiZ has released his next dub-inspired EP, Bangers[3].Zip. With an upbeat electro-forward feel to it, the three-track collection includes “I Like That (feat. Kayla Jasmine)”, “supadulakulavibe”, and “Now Til Infinity.” Packed with his signature brass, guitar licks and punchy drops, listen to Bangers[3].Zip HERE.

On the EP, GRiZ said: “As we get ready to head out on tour next week, I wanted to give you guys these tunes that have been my secret weapons all summer long. I hope you fall in love with them, and I can’t wait to share their energy with you in person <3 you’ve really gotta be there to feel it.”

Right out the gate, “I Like That” has listeners hooked with the synthy progressions and vocal prowess of Kayla Jasmine. It’s bass meets hip hop with a heavy dose of wobble and bounce, sure to be another festival favorite. Next comes the fun guitar-forward “supadupakulavibe” featuring GRiZ’s own anthemic pitch-shifted vocals belting “I feel alive and it’s alright.” The high-energy builds and springy drops are complemented by the pop-infused guitar chords from start to finish. Closing out the EP is the electro-swing-laden brassy tune, “Now Til Infinity.” Fusing fat vocal samples with slick quips from GRiZ, the vintage big band horns instantly create a feeling of nostalgia and a call to the dancefloor.

Aptly timed to the kick-off of Season Two on his Ride Waves tour, GRiZ will take all three Bangers EPs across the US starting next week. Having just performed two epic back-to-back sold-out sets at the iconic Red Rocks Amphitheatre, fans are highly-anticipating the unmissable live production that GRiZ shows are known to bring. Hitting some of the country’s most beloved venues and festivals, he’ll take on favorites like DC’s Anthem, Chicago’s Navy Pier at Festival Hall, LA’s Hollywood Palladium, Berkeley’s Greek Theatre and Austin’s ACL, along with newly announced shows at SD’s Observatory and SLO’s Fremont Theater. Tickets for all live dates are available HERE.

Earlier this week, GRiZ teamed up with DrLupo – one of the world’s top Fortnite streamers – to livestream four hours of Fortnite fundraising on Twitch. Benefitting the nation’s leading LGBTQ youth resource organization, The Trevor Project, the duo raised over $18,000 for the non-profit. Catch clips from the stream HERE. 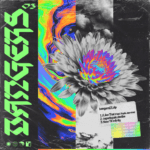