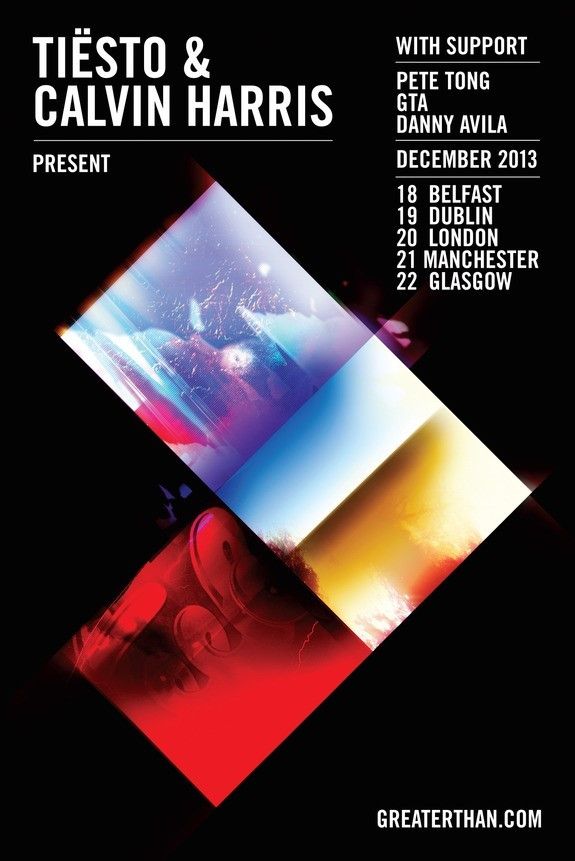 It is now official. Upstarts GTA are set to shake up the status quo of electronic music after they were announced as a support act together with Pete Tong and Danny Avila to support this winter’s massive‘Greater Than’ UK tour, headlined by none other than Tiëstoand Calvin Harris!

The Miami duo have been on a fast track to the top, having recently taken over Europe whilst supporting pop princess, Rihanna throughout her Diamonds World Tour. In the midst of all the gigs, the genre-rebelling pair somehow found time on the road to churn out a number of monster remixes, with tracks for the likes of Kylie Minogue, Kaskade, Kill the Noise and Calvin Harris himself proving why GTA are number one on everybody’s most wanted list.

BUY GTA’S REMIX OF ‘THINKING ABOUT YOU’ BY CALVIN HARRIS

With dates confirmed for Manchester, Belfast, Dublin, London and Glasgow, the five-strong outfit will make five stops across the UK throughout December to provide you with the perfect Christmas present.

Pre-sale tickets sold out immediately but by signing up to the mailing list on the Official Greater Than UK website, fans will have many more a chance to gain exclusive access to tour information as and when it’s released.

Tickets for the ‘Greater Than’ UK Tour went on general sale Friday 23rd August at 10am and on the back of Glasgow selling out in a mere three minutes, a second date on the 23rd December has just been added! Act fast before all are sold out!

BUY TICKETS FOR THE ‘GREATER THAN UK’ TOUR NOW

Be sure to catch GTA, Tiësto, Calvin Harris, Pete Tong and Danny Avila wreak havoc throughout the UK on the ‘Greater Than’ Tour at the following dates: