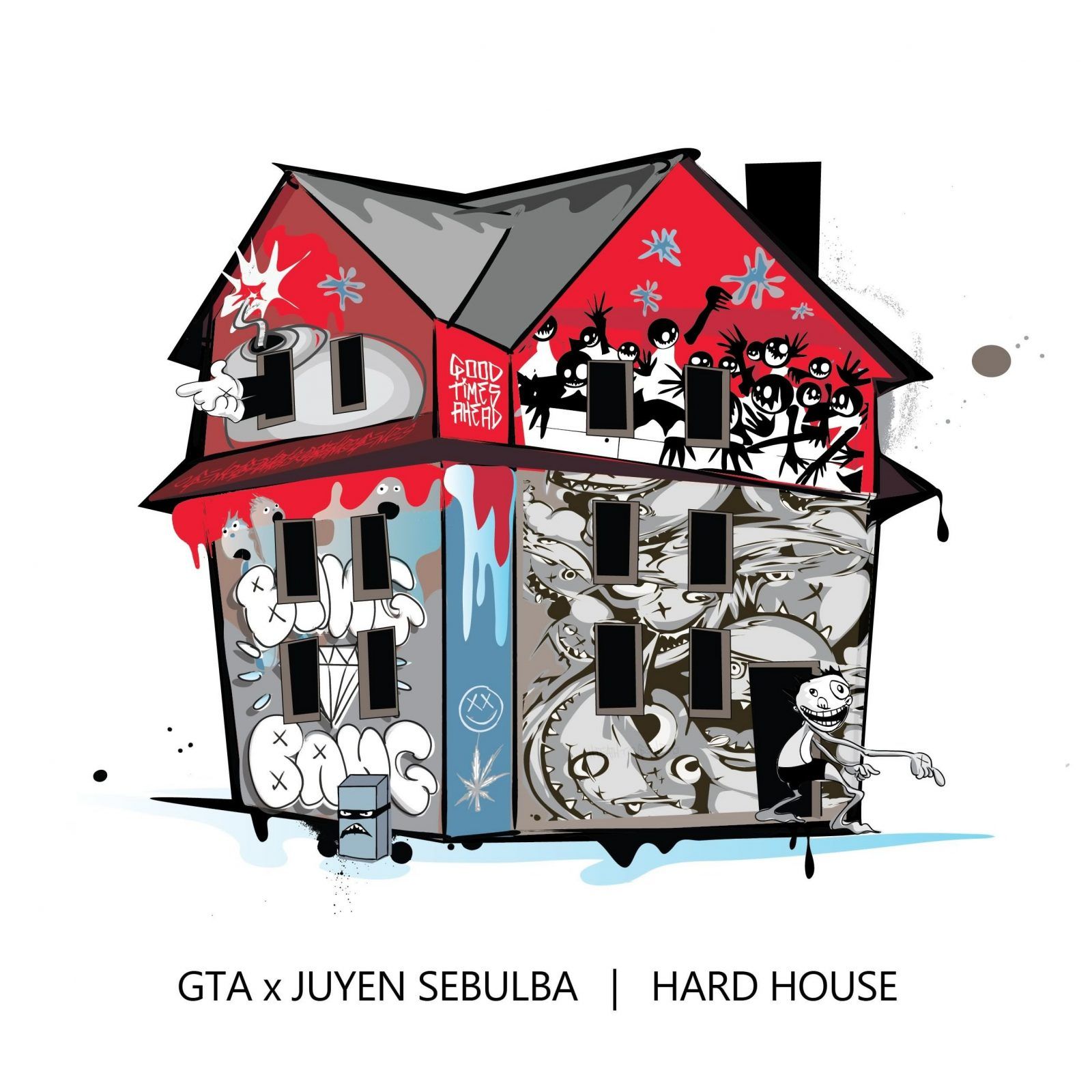 For the last few months GTA have been prepping the crowds for, the release of their colossal collaboration with Texan Juyen Sebulba, ‘Hard House’. It’s a brazenly anti-genre track, encompassing multiple tempos and tones with different drops every time that share only one thing: they are BIG. The tune has been a driving dance force from Miami’s Ultra Music Festival to the desert in the Sahara tent at Coachella.  Hard House  is now exclusively available on Beatport and everywhere on July 1st.

‘Hard House’ is the duo’s first release since signing with Three Six Zero Music/Warner Bros Records. GTA, also known as Julio Mejia and Matthew Toth, are planning to stay true to their tag line of Death To Genres in what will ramp up to be a series of releases throughout 2014.

In their three years as GTA, Mejia and Toth have kept the releases flowing while also touring nearly nonstop. They’ve released cult-favorite tracks on some of the dance world’s biggest labels – Diplo’s Mad Decent, A-Trak’s Fool’s Gold Records, Tiesto’s Musical Freedom and Calvin Harris’ Fly Eye, for starters – and have done remixes for artists ranging from Iggy Azalea to deadmau5. Meanwhile, the guys have hit the road with Rihanna, opening for her 2013 Diamonds World Tour and ended the year with a bang as part of Calvin Harris and Tiesto’s Greater Than Tour.