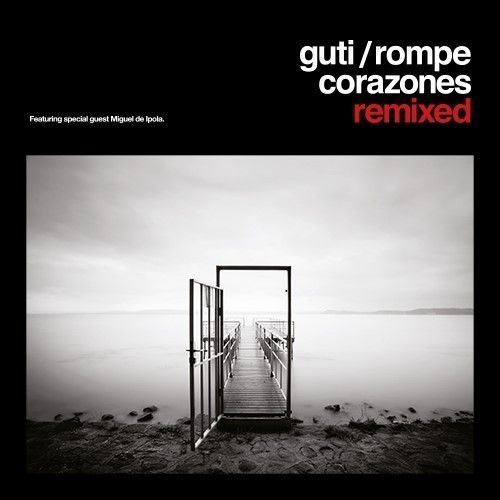 Released in the summer of 2014, Guti’s Rompecorazones saw one of the brightest, most creative stars of the electronic underground going back to his musical acoustic roots. Incorporating elements from a vast array of disparate styles, the end result challenged listener’s preconceptions of Guti.

Now, these highly personal records have been revisited and reworked by some of the electronic music scene’s finest house and techno producers, each of whom deliver sensitive reinterpretations with the dancefloor very much at the forefront of their intentions.

Planet-E founder and legendary Detroit producer Carl Craig leads the remixes, laying the plaintive piano line of ‘El Solitario’ over a throbbing, acid-flecked techno. Other standout remixes include Reboot’s epic restructuring of ‘We Love You’ and Osunlade’s spellbinding, deep house version of ‘Hurt’.

Speaking about the original album release, Guti said: “I gave my heart to each song, so the album is statement of who I am and what´s inside my heart: it’s my way of staying true to myself, my story, my background.” It is a testament to the skill of all of the producers involved in Rompercorazones Remixed that they have managed to preserve the heart and soul of Guti’s originals, whilst imbuing enough of their own personalities into the remixes to create something equally as enthralling.