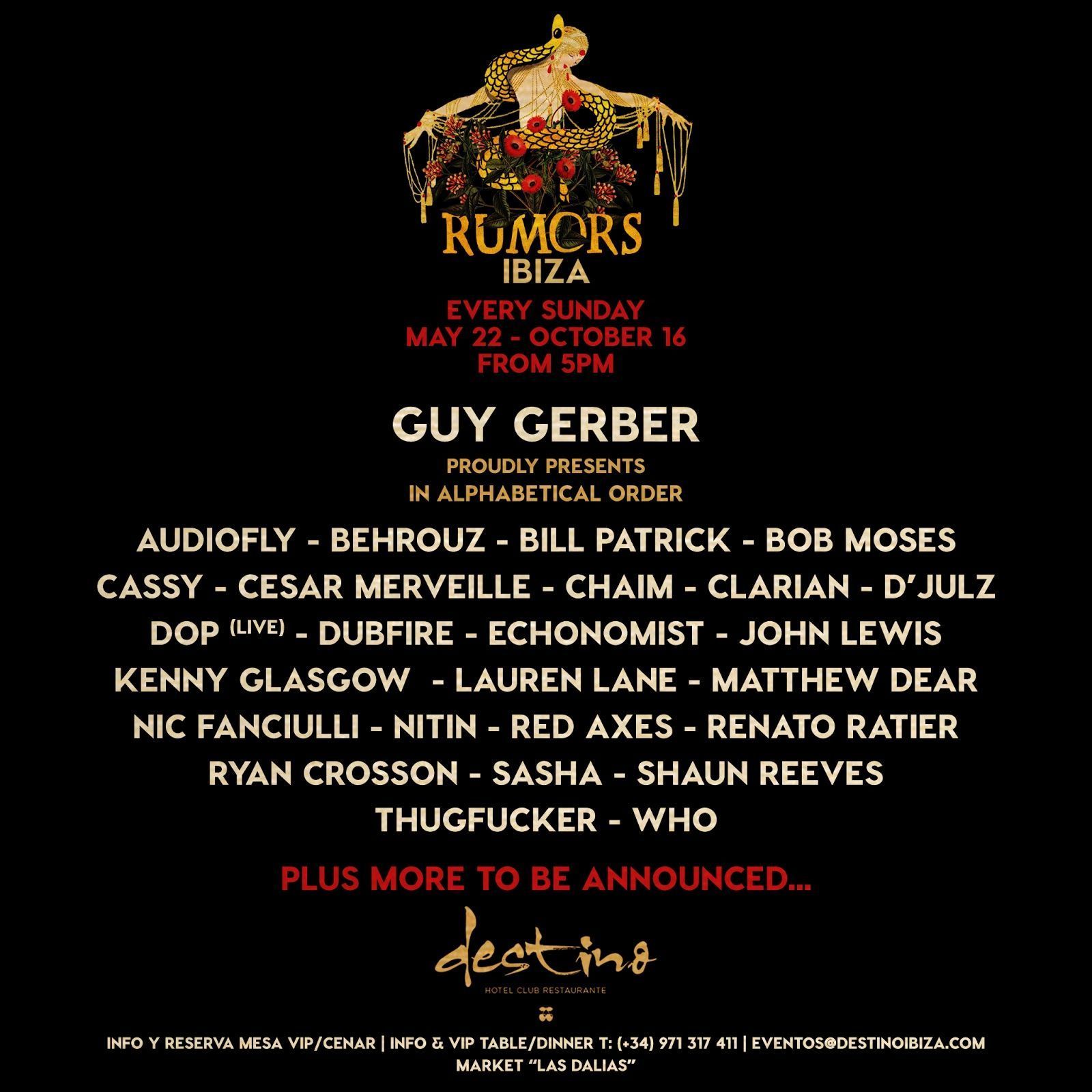 Revered DJ/producer Guy Gerber is set to bring RUMORS back to Ibiza for its third season this year, kicking off on May 22nd for an extensive, 22 week run. Following a hugely successful 2015, this year also sees the RUMORS residency move to an exclusive new home, the Destino Pacha Ibiza Resort.

Joining Guy Gerber across the 22 week season are a stellar cast of some of dance music’s most iconic DJs, with Sasha, Bob Moses, Lauren Lane, Matthew Dear, Nic Fanciulli, Ryan Crosson, Who, Bill Patrick and many more all confirmed to play.

Opening on May 22nd with Guy Gerber and Cesar Merveille, the RUMORS events will take place every Sunday in a bespoke area created for the residency at Destino’s cliff top terrace, overlooking Talamanca Bay. Each weekly event will be part of Destino’s new Sundays experience, combining brunch, the popular Las Dalias market and RUMORS in the evening. As one of the longest residencies of the Ibiza season this year, RUMORS is already shaping up for it’s most memorable summer yet, with a series of line-up additions and one-off surprises still to be announced.

Established in 2014, Guy Gerber’s record label and event series has gone from strength-to-strength. With a steadily growing catalog of releases, it’s no surprise that RUMORS has rapidly established itself as a breeding ground for innovative new dance music, while RUMORS events have also spread worldwide with showcases during Art Basel Miami, BPM Mexico and events in London, New York, LA, and Buenos Aires.