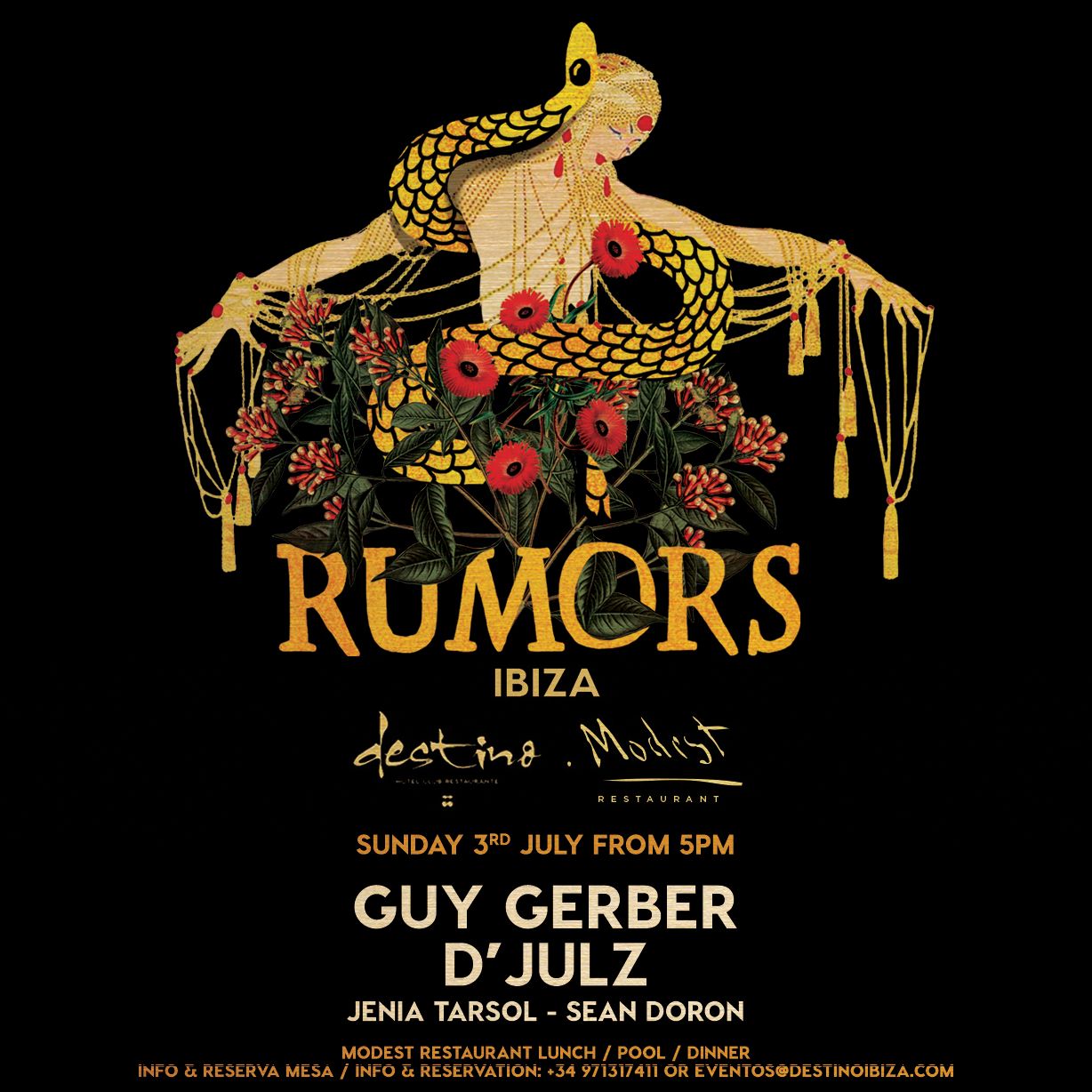 With the Ibiza season now in full swing, revered producer Guy Gerber is gearing up for the seventh edition of this year’s RUMORS residency on Sunday, 3rd July. Held in the beautiful outdoor setting of Destino, a plush events space set atop the cliffs of Talamanca, every RUMORS party promises bespoke, detail-orientated production alongside quality underground house and techno; this week, it comes courtesy of D'JULZ and RUMORS residents Jenia Tarsol and Sean Doran.

Parisian DJ D’Julz has been honing his craft since his career began in 1992. A regular at Rex, his refined brand of jacking house has led him to tour at some of the world’s most respected clubs, including Womb in Tokyo, Berlin’s infamous Panorama Bar and fabric in London. In Ibiza, he’s well-known for his performances at the likes of Circo Loco and Music On.

Established in 2014, Guy Gerber’s imprint and event series has grown from strength to strength. With a steadily growing catalogue of high-caliber productions, it’s no surprise that RUMORS has established itself as a breeding ground for truly innovative music. On the other hand, the RUMORS events have spread worldwide with showcases during Art Basel Miami, BPM Mexico and events in London, New York, LA, and Buenos Aires. However, it’s the Ibiza residency that set partygoers's tongues wagging; with the likes of Sasha, Miss Kittin, Kenny Glasgow and Matthew Dear gracing the lineup with Gerber last year, it’s set the standard on what we can expect this season with a long list of special guests already lined up.

One of the longest residencies of the 2016 Ibiza season this, RUMORS will continue with their well curated musical ethos, expanding and building on Guy’s famed residency with a plethora of special guests and magical surprises still to be announced.