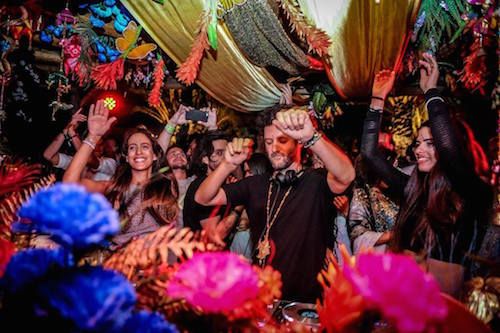 Revered producer Guy Gerber will be celebrating the end of an incredible 22 weeks of his RUMORS residency this Sunday. The longest residency on the island, RUMORS quickly established itself as the best evening and outdoor party in Ibiza for discerning music fans, packing out the beautiful outdoor setting of Destino every week with secret lineups of the best names in underground house and techno.

Guy will be celebrating with a huge closing party, bringing an impressive lineup of names to the Talamanca setting. First up is Kenny Glasgow, who has long been a friend of Guy and RUMORS. Whilst he’s most well known for having been part of Art Department for five years, the Canadian DJ and producer has been immersed in the scene for over two decades. Likewise, Bill Patrick is a close friend of Guy’s – the DJ’s DJ is a popular guest of the RUMORS parties, both in Ibiza and abroad. Having honed his craft in New York’s legendary clubs in the city’s nightlife heyday – The Limelight, Vinyl and Arc – he’s deeply respected within the DJ world for his selection skills, whilst never having produced a record. Meanwhile, Spanish duo Acid Mondays released a well received EP on the RUMORS label towards the end of last year, and regularly play at respected clubs internationally; Circo Loco at DC-10, London’s fabric, The Warehouse Project, BPM Mexico and Warung Brazil to name but a few. Lastly influential Ibiza Sonica founder Igor Marijuan will be on hand to provide authentic Ibicencan beats.

Meanwhile Guy Gerber’s RUMORS sets have become the stuff of Ibiza legend amongst those in the know, responsible for  consistently attracting a clued up and international crowd to the event series. Don’t miss this final chance to catch the respected artist in his element on the island, before he embarks on a busy autumn season of touring across Europe and North and South America.

The party’s unique ethos and stunning production has made it a standout event in Ibiza. With acts like Sasha, Dubfire, Chaim, Cassy and Nic Fanciulli having already put in appearances at RUMORS so far this season, it’s been the party’s biggest summer yet – join the team as they celebrate a monumental 22 week run in style this Sunday.

Now available to buy and stream on all DSPs: http://hyperurl.co/SecretEncountersWW