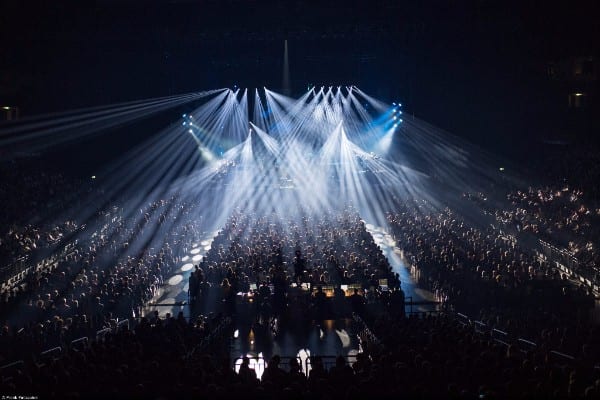 Legendary composer Hans Zimmer has announced a spectacular new tour, “The World of Hans Zimmer – A Symphonic Celebration”  set to tour the UK in March 2019.

Under the direction of Gavin Greenaway, Hans Zimmer’s soundtrack conductor – whom, he says, he trusts more than he trusts himself – a large symphony orchestra will deliver an intense and unforgettable concert experience in arenas around the country, including London’s iconic Wembley Arena.

In contrast to the renowned “Hans Zimmer Live” tour, where the sound focuses on Zimmer’s band and the electronic sounds of the music, “The World of Hans Zimmer – A Symphonic Celebration” will present the composer’s works arranged for a live symphony orchestra for the very first time. Zimmer spent months working on transforming his soundtracks into opulent concert suites, curating a stunning, genre-defying stage show but leaving the actual live performance to Greenaway.

The Oscar, Grammy and Golden Globe Award winner is undoubtedly one of the best-known and influential film score composers of our time. His powerful soundscapes have shaped contemporary cinema like those of no other composer. His soundtracks have endowed a nearly endless list of blockbuster productions with drama and emotional depth: The Lion King, Gladiator, Pirates of the Caribbean, The Da Vinci Code, The Dark Knight, Inception and Interstellar are just a few of the most famous films he has scored. In January 2018, Hans Zimmer received his 11th Oscar nomination for the breathtaking film score of Christopher Nolan’s box-office hit Dunkirk.

The concerts themselves will see Zimmer’s hugely influential soundtracks presented it in a less elite world, offering fans young and old the chance to experience the legendary composer’s work in an exciting new way, in what promises to be a spectacular series of shows.

THE WORLD OF HANS ZIMMER – A SYMPHONIC CELEBRATION TOUR DATES: