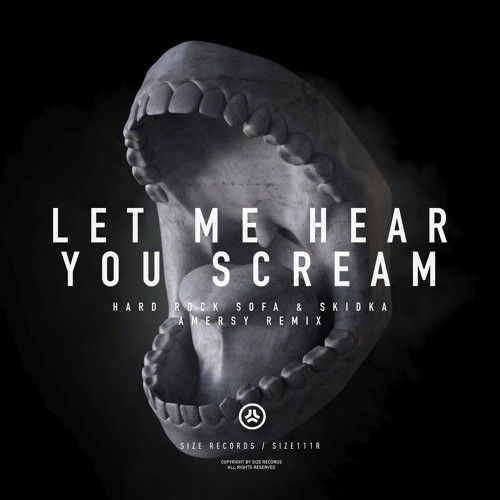 Next up from the labs of Steve Angello’s legendary Size Records is a re-work of Hard Rock Sofa and Skidka’s 2013 roller ‘Let Me Hear You Scream’, this time with Russian prodigy Amersy on remix duties. This big room banger will be available as a free download on 12th June 2015.

Pulling no punches, Amersy’s remix is set to slay dance floors and festival main stages alike with its booming horns, punchy melodic grinds and vertigo inducing drops. With ‘Let Me Hear You Scream’ having already received support from major tastemakers such as Steve Angello, Alesso, R3hab and Nicky Romero to name but a few, Amersy’s re-work will not disappoint fans of the original.

Since winning Nicky Romero’s Beatport Remix contest at the tender age of 16, Amersy has been making a huge name for himself in dance music, with releases via prestigious labels such as Refune, Axtone, Protocol Records, Doorn Records and Armada Trice already under his belt. Also garnering support from major industry players such as David Guetta and Axwell ^ Ingrosso who dropped two of his tracks at their recent Alexandra Palace show, it’s clear that Amersy is set for big things in 2015.