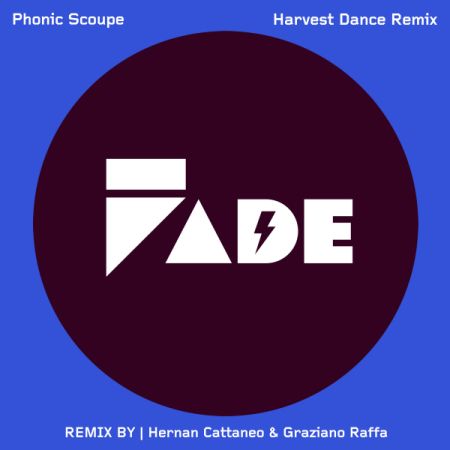 Chris Fortier’s FADE Records continues to reveal a dynamic series of releases to fire up the world’s dancefloors in 2017, with this superb remix from Hernan Cattaneo & Graziano Raffa. Phonic Scoupe, are a rising melodic techno DJ/Producer duo from Lithuania, and their FADE debut ‘Harvest Dance’ originally appeared as part of the 3-track ‘Baltics EP’ (FD135) back in May 2015.

This choice original cut was heavily supported by Hernan, who played it throughout WMC 2015 and beyond. Now, two years on Hernan has joined forces with his Sudbeat label sidekick, Graziano Raffa to create a fresh interpretation that is set to fly. Based around a highly hypnotic percussive groove, the masterful music makers weave an enthralling spell with an arrangement that builds to perfection before exploding into a magnificent, irresistible funked-up finale.