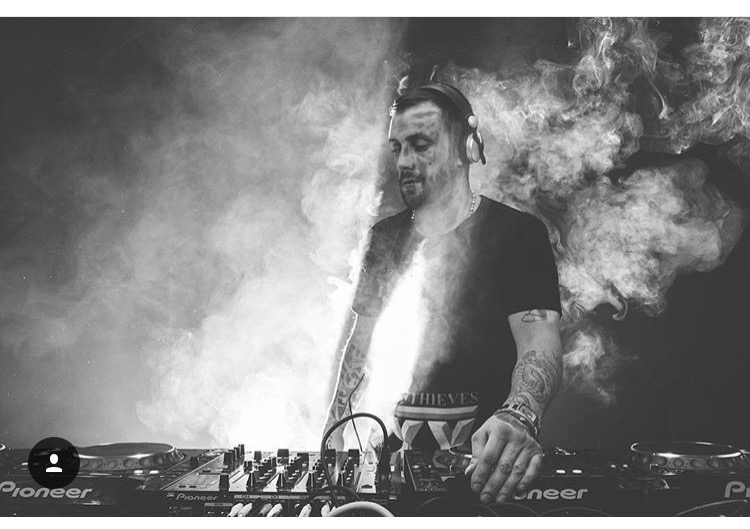 From his humble beginnings in Dubstep’s cultural hub, Croydon based DJ Hatcha has nurtured the genre from its outset. Standing as one of the founding forefathers, he’s helped shaped the scene following its explosion in the early 2000’s. His influence has spanned over a decade and this hasn’t gone unnoticed throughout Dubstep’s history. Hatcha’s seminal Kiss and Rinse FM shows pushed Dubstep onto the agenda’s forefront, cementing its relevance within the UK’s melting hub of sub-culture, whilst further pushing it onto the mainstage at events across the country. He’s personally responsible for its resounding success, ensuring its longevity whilst showcasing some of their finest producers.

And after eight years of pedestalling its most important breakthrough acts, Hatcha returns with an EP set to send shockwaves across the community. Being heralded by both Mixmag and DJ Mag alike as a leading pioneer, these next five cuts of sonic aptitude epitomise why he’s so highly esteemed. The spotlight is about to be turned on him once again and he’s leading the charge.

Diving head first into the murky, growling undertones Hatcha reigns supreme over, the producer demonstrates exactly why he’s king of the underground. Breaking out of every paradigm set up for electronic music, Hatcha is unafraid to step out of its boundaries. Unclassifiable, yet floaty and still technically flawless, first track ‘Going in’, which features the darkly rooted production prowess of Abstrakt Sonance and is a re-entry into Hatcha’s immersive style: minimal whilst still being able to take complete control of your aural synapses.

Tribal, unforgiving and layered amongst crunchy drum textures, next track ‘Bawl Out’ is packed with industrial heat. It’s gloomy, eerily foreboding but certainly set to rumble every sub in clubs across the country. An artist who’s completely at one with his own musical personality, his ideas shine through with every wave of sound pattern. This is especially prevalent during track ‘I&I’, another subversive rocker that’ll hold you with its sophisticated groove and waif like vocal sample. Setting a much difference tone, but still instantly recognizable by his stylistic features, Hatcha commands a technique like no other.

‘Blessed’ creates something more brooding, wavering between snapping percussion and meandering beats. Mean spirited, yet still ambling from each drum kick and creating a dystopian feel, Hatcha again conjures an atmosphere difficult to separate yourself from. Abstrackt Sonance makes another appearance on final piece ‘Breaking & Entering’, once again bringing together two masterminds for a reckoning of 140bpm… The perfect way to wrap up Hatcha’s most withstanding records to date.

Each track channels a history which shines through the entire EP’s growling demeanor… heightened by a sense of antiquity and a producer’s genre omnipresence. The return of dubstep is neigh, with Hatcha standing at the helm just like before.