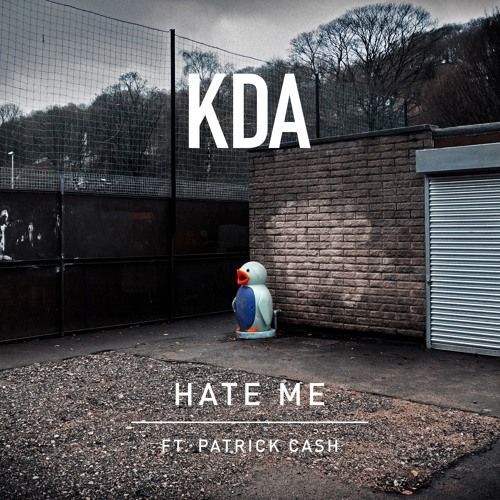 KDA’s ‘Hate Me’ (featuring playwright and poet Patrick Cash) is the freshest sounding British house music record for years. First given to a select handful of DJs, includingJackmaster, Seth Troxler, Jamie Jones, Tiga and Pete Tong (Essential New Tune on Radio 1), ‘Hate Me’ has dominated their sets since IMS. Originally slated as the first single on KDA's new label ‘The 35 Records’, ‘Hate Me’ has been picked up by BMG and will be available as a collaborative label release from 8 December (impact mid-Feb).

Whilst ‘Hate Me’s pulsing bassline immediately commands any dancefloor; the lyrics here provide a lot more food for thought than your usual club banger. Though echoing the spoken-word house records of old, in contrast ‘Hate Me’s’ lyrics are delivered in Cash’s British accent.

For someone who suddenly found himself atop a pop chart with his debut single, KDA draws from a diverse range of influences – taking in Masters at Work, J Dilla, Lone, The Beloved, Jill Scott, Tame Impala, Roisin Murphy, and Maya Jane Coles. KDA’s first track, ‘Rumble’, was the instrumental of summer 2015 played at every club fromPanorama Bar to Warung before the dub started picking up daytime Radio 1 plays.

Simultaneously, KDA asked Katy B to write something for it just as Tinie Tempah spent that Summer free styling over it, and so ‘Turn The Music Louder (Rumble)’ was recorded.The song went from Annie Mac’s ‘Hottest Record in the World’, to No.1 in the UK Singles Chart (beating One Direction) within weeks. KDA received his Official Chart Award at Radio 1, where he chose to retain his anonymity in the publicity shots (but wore a t-shirt emblazoned with ‘Mum Is Proud Of Me’). ‘Turn the Music Louder’ has since achieved gold status, and sold in excess of 500,000 copies.

KDA’s second single was, ‘Just Say’, a collaboration with Tinashe that he both wrote and produced. Premiered by The Fader, ‘Just Say’ was championed by the likes of Radio 1 (Essential New Tune and Future Anthem), Complex, Popjustice, and Clash Magazine,earning a place on national radio and streaming playlists across the globe, and becoming the highest new entry on the Billboard Dance Charts, where it remained for a further 8 weeks.

Currently in the studio hard at work on his debut album, KDA has promised a full mix of influences defiant of stereotypical genre, with a very interesting list of collaborators…