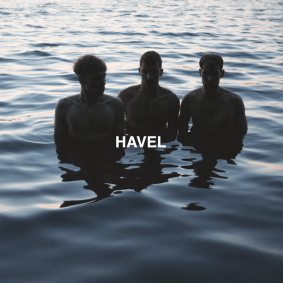 That’s right, FJAAK are back with a new full length record. Coming hot off the release of two EPs on their newly founded, self-titled label, the three boys from Spandau now ready their sophomore album effort.

Having enlisted man-like-Koogan of Margate/UK fame for vocal work, this new album teases at the new direction FJAAK are heading towards. Live set approved club bangers like ‘Martin’ sit comfortably next to more experimental affairs such as ‘Netto’ or ‘Arctic Warmth’, forming an album encompassing all facets of the Spandau Trio’s sound. However, this record is not just a testament to the style you know FJAAK for, but instead showcases the development and maturity they’ve gained in the studio.

Long-time friends, collaborators and rising talents Fadi Mohem & J.Manuel appear on the record as well, the former of which doing so alongside scene veteran Tobi Neumann on ‘Apollo Tag 2’, while J.Manuel (who is actually blood related to 1/3 FJAAK) contributes to peaktime banger ‘All My Friends’.

This second full length record introduces the new style the three boys are heading towards, but without disappointing fans of their previous work which will find a lot of material on offer here.

VERSION 1.3.3.1
TAKE YOUR LIFE (FEAT. KOOGAN)
I COULD NEVER LIVE WITHOUT YOU BY MY SIDE
MARTIN (FEAT. J.MANUEL)
APOLLO TAG 2 (FEAT. FADI MOHEM & TOBI NEUMANN)
xARCTIC WARMTH
**SMELLS LIKE SECURITY**
NETTO (INTERLUDE)
ALL MY FRIENDS ARE IN THE BATHROOM (FEAT. KOOGAN, FADI MOHEM & J.MANUEL)
ANIOŁ