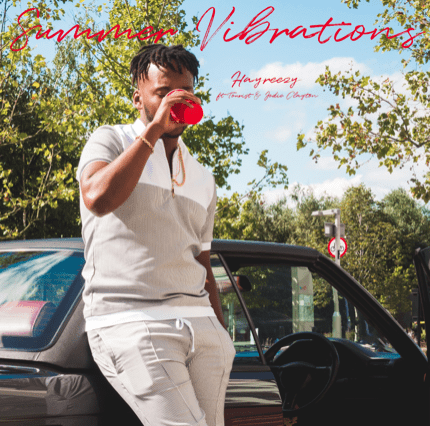 Hayreezy steps out of East London and is putting his own twist on alternative rap with his latest drop ‘Summer Vibrations’ taken from his ‘Inspired’ EP. The track features beautiful hazy vocals from Jody Clayton and a feature from frequent collaborator Touri$t, who Hayreezy previously teamed up with for the former’s ‘Doing Bits’ record. This one is the perfect soundtrack for the last days of late summer.

For the eagle eyed amongst us, Hayreezy may well have a familiar face having started his creative journey as an actor, securing roles in ‘Les Miserables’ and the smash hit film ‘Inbetweeners 2’. He then went and lived in Long Beach for a year, calling this his ‘epiphany year’. Having released his debut single “2AM” via GRM Daily in January 2018, he has been on his musical grind since, performing across London venues, and releasing further singles ‘W.I.W.T, Life is What You Make It, Teen Titan & Walking In The Air’.

Taken from his 6-track alternative rap EP ‘Inspired’, ’Summer Vibrations’ features a rap style that draws inspiration from the roots of funk, jazz and soul, it compliments the chorus which is reminiscent of the 1950’s style with the hushed and crackly tones. Part of a ‘Woke and Wavy Gxng’ who practise living life to the fullest, whilst doing what they can to help other unlock that ability within themselves too. Hayreezy conforms to this with a woke and wavy sound; he is the epitome of alternative rap that cannot be boxed in.

Stay up to date with Hayreezy by following his socials for news about upcoming releases & more. 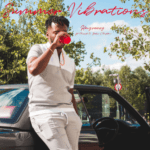