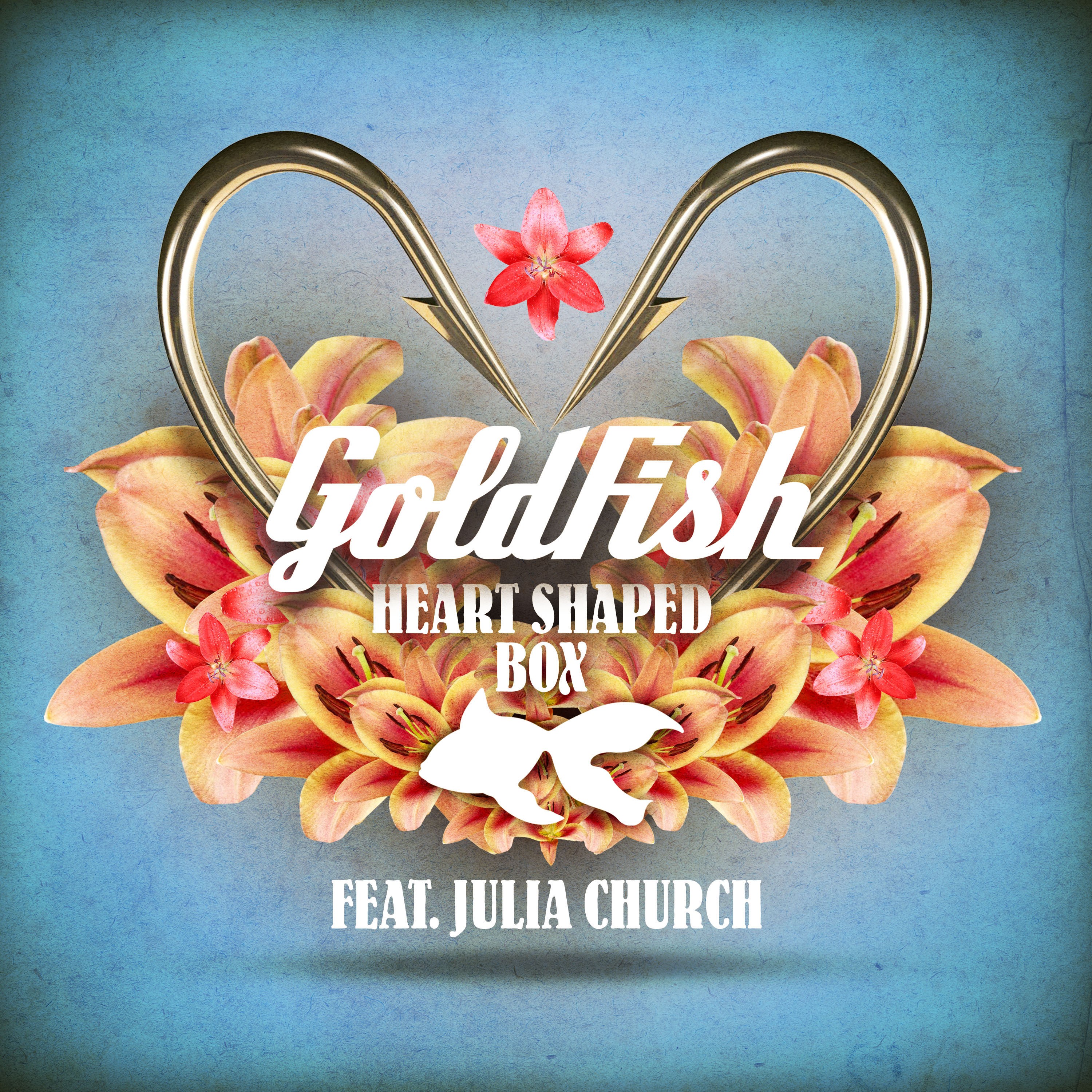 The track, a remake of the Kurt Cobain classic which features new talent 18-year-old Julia Church on vocals, sees Dom Peters and Dave Poole add a new future house-influenced bassline to their usual sound – a DJ-friendly move that drives the single towards radio and club dance floors the world over.

Lilting effortlessly over the energetic production, Church’s mature vocal gives the piece luxurious depth. Muted organs and swelling synths build through to upbeat claps and piano stabs, before exploding into that bassline and full-bodied piano and saxophone sections, the familiar trademark of Goldfish’s world-renowned sound. “Heart Shape Box” is arguably the most commercial track Goldfish have released in a while, yet in equal measures catchy, uplifting and exhilarating it stays true to the analogue magic that Poole and Peters inject in huge doses to all their work.

The single is bound to feature heavily in both their ADE showcase at De Overkant on October 16th and their hugely anticipated London show at Electric Brixton on October 17th. The Netherlands in particular has been a hotbed of Fishy fandom for the past decade but the British capital is swiftly catching up. ADE support comes in the shape of Alle Farben, Sam Feldt, Michael Calfan, Lost Frequencies, Vintage Culture, DIMMI and Cat Carpenters, with Dutch legend Bakermat co-hosting what is sure to be a sell-out event. London sees Cleavage (Live), DIMMI and Jolyon lining up alongside Goldfish, with more acts to be announced over the coming weeks.

For tickets to each show, visit www.goldfishlive.com/tour-dates. To listen to “Heart Shaped Box” and more Goldfish sounds, swim on over to www.soundcloud.com/goldfishlive.